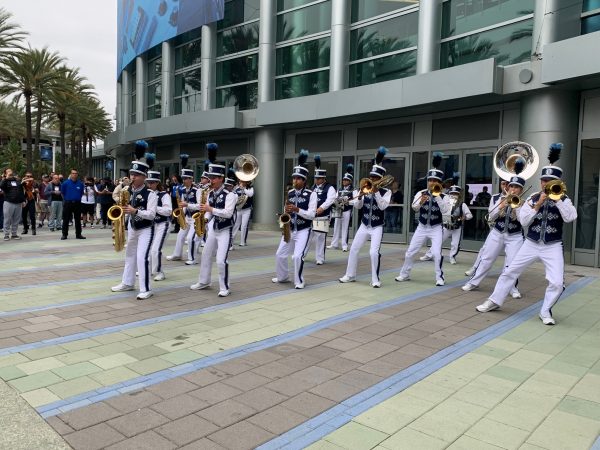 ANAHEIM, Calif. — The National Association of Music Merchants (NAMM) held its annual convention, the NAMM Show, this June 3-5 at the Anaheim Convention Center. The NAMM Show was a big success as it generated nearly $77 million in economic impact for Anaheim and Orange County, Calif.

NAMM is one of the largest trade show associations in the country with more than 10,000 member companies from over 100 countries and regions representing a community of companies that manufacture, distribute and/or retail music and sound products.

The not-for-profit association states that its mission is to strengthen the $17 billion music products industry. The NAMM Show focuses on independent music retailers and recognizes their accomplishments with its Top 100 Awards. The annual awards event also announced the “Best of” category winners, including “Dealer of the Year” and “Customers’ Choice” awards.

The NAMM Show, which was booked by Visit Anaheim, the official destination marketing organization for Anaheim, not only provided a boost for the independent music community and revenue for Anaheim, it also helped support more than 26,000 local jobs.

“With some of Visit Anaheim’s largest conventions taking place in June, the community and the economy will be feeling their presence in a positive way with nearly $186 million projected to be spent by attendees while in town for the month,” Jay Burress, President & CEO, Visit Anaheim, said. “This also translates to $2 million in TOT tax revenue for the city, positioning our entire destination for a strong start to the summer.”

The NAMM Show is scheduled to return to the Anaheim Convention Center April 13 -15, 2023.

Anaheim followed NAMM with three additional citywide conventions taking place at the Anaheim Convention Center, including the popular fan convention VidCon. In June, Visit Anaheim’s 17 meeting, event and convention bookings were on target to produce the largest TOT in a single month since 2019.