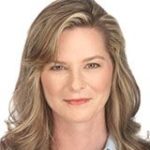 As Vice President & Editor-in-Chief, Gabrielle Weiss is responsible for the overall vision, operations and development of Trade Show Executive Media Group. Under her leadership, TSE has been internationally recognized and was also named by the American Society of Business Publication Editors (ASBPE) as a Top Ten Magazine of the Year (2019) and as a finalist in the coveted Best Cross Platform Package (2020). In 2017, Weiss was tapped to serve as Publisher and Editor where she is responsible for the magazine’s day-to-day editorial operations and oversaw design. Prior to that role, she directed the creation of content and communication strategies for TSE’s parent company, United Service Companies. She successfully led efforts to brand United’s security group, which included message development; creating sales and marketing materials; designing webinars; and produced and directed a promotional film. She also led the relaunch of the company’s social media platform. Before coming to United, Weiss worked for prominent public affairs agencies and as a freelance journalist in Chicago, where she was nominated for the prestigious Lisagor Award for her coverage of homeless women on Chicago’s North Side. Weiss holds a bachelor’s degree in public relations from Roosevelt University in Chicago where she also studied journalism. Reach Gabi at (312) 493-7753 or gweiss@tradeshowexecutive.com. 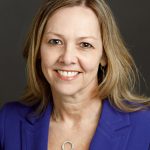 Carri Jensen is director of research for Trade Show Executive. She joined TSE in 2011 as manager of directories. Carri leads TSE’s research team in compiling all of TSE’s annual directories including the World’s Top Convention Centers directory, the Who’s Who Mega Guide, the Gold 100 directory and the Fastest 50 directory. She also oversees the production of TSE’s monthly Dashboard of Trade Show Performance, TSE’s monthly ZOOM trade show calendar, a number of statistical reports, and TSE custom research projects. She serves on the planning committee for the TSE Gold 100 Awards & Summit and the TSE Fastest 50 Awards & Summit. Carri’s background includes 14 years with Reed Business Information where she served as Tradeshow Week’s editor of directory publications. Carri started her publishing career in the sales department of another Reed publication, The Parker Directory of California Attorneys. As a Hotel, Restaurant & Tourism Management graduate of Oregon State University, Carri worked for several years in the tourism industry in Hawaii prior to returning to the U.S. mainland. Reach Carri at (541) 286-4014 or cjensen@tradeshowexecutive.com.

Marlene Goldman has been writing about the meetings and events industry for more than 20 years. She worked as Managing and Destinations Content Developer for Meetings Today, penning monthly feature and destination stories focused on the meetings industry, as well as editing and producing four annual supplements, hosting webinars and producing multimedia content. Marlene is an award-winning photographer, and has written travel-related stories for a variety of publications, including Global Traveler, Prevue, BBC Travel, AAA Traveler, Alaska Airlines’ Beyond, American Way and National Geographic Traveler. She also authored the guidebook, The Little Black Book of San Francisco. Marlene is a certified yoga teacher and travel junkie, having spanned all seven continents. A native New Yorker, now based in San Francisco, Marlene started her journalism career working in the music industry, and has interviewed everyone from Blondie to James Brown. Reach Marlene at (415) 385-8105 or mgoldman@tradeshowexecutive.com. 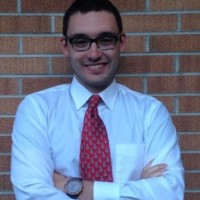 Carson Stoolmiller joined TSE in April of 2022 and assists Carri Jensen in compiling TSE’s directories, including the Pardon Our Dust report and the Hotel/Convention Center Complexes report. Before coming to TSE, Carson worked as a Trade Show Coordinator for Checkers Safety Group, coordinating the company’s presence at several major trade shows, including the NAB Show and MINExpo INTERNATIONAL®. Carson also worked as an Exhibits Coordinator the American Water Works Association, coordinating the exhibit hall for AWWA’s Annual Conference & Exposition (ACE), Water Quality and Technology Conference and Membrane Technology Conference & Exposition. Carson is a University of Michigan graduate with a bachelor’s degree in English. Reach Carson at (303) 356-4818 or carsons@tradeshowexecutive.com. 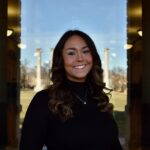 Maddy Ryley joined Trade Show Executive as Associate Editor following her graduating from the University of Missouri’s School of Journalism in May of 2022. She started at TSE in May of 2020 as an editorial track intern and continues to find her passion for the trade show industry growing.

While attending the University of Missouri in Columbia, Maddy worked as a community beat reporter for the Missourian, writing for the daily newspaper’s special sections that focused on opportunities for people 60 and older in the city and tourism around the state of Missouri. She also worked as a writer and editor for Vox Magazine‘s Eat + Drink section where she covered local food establishments and small business owners, wrote and edited daily digital content, and was a part of the design and publication process of the monthly print magazine.

Maddy is excited to continue learning and covering the trade show industry at TSE while improving on her journalistic skills and confidence as a young professional in an active and innovative industry. Reach Maddy at mryley@tradeshowexecutive.com or (815) 955-7032. 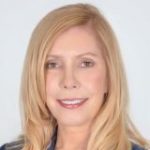 Darlene Gudea is a seasoned professional with over 25 years of experience as a writer, researcher, editor, and publisher in the trade show industry. She began her career in the trade show business in 1978 as managing editor of Tradeshow Week, published by Reed Business Information in Los Angeles. She rose through the ranks and was named VP/publisher & editor-in-chief in December 1986. In March 2000, she joined Advanstar Communications in Santa Ana, CA as a group publisher of the Call Center/CRM Group, responsible for Customer Interface magazine, the Customer Interface Buyer’s Guide, two show dailies, five exhibitor directories, and five conference guides. In September 2001, she was named director of the Magazine Division of Hispanic Business in Santa Barbara, CA, overseeing its editorial, research, circulation, sales, and production departments.

Gudea is active in many trade show industry associations, and has served on the board of directors of the International Association of Exhibition & Events (IAEE), IAEE Education Foundation, the Center for Exhibition Industry Research (CEIR) Foundation, the Trade Show Exhibitors Association (TSEA) and the Exhibit Designer & Producers Association Foundation (ED&PA). She was awarded the Distinguished Service Award from the International Association of Exhibitions & Events (IAEE) as well as from the Trade Show Exhibitors Association (TSEA). Gudea and the publications she directed have won over 56 awards from the American Society of Business Publication Editors, the Western Publications Association, TABPI and APEX /Communications Concepts for excellence in the areas of design, feature-writing, “How-To” articles, news writing, surveys and for the “Most Improved Publication.” Darlene has a B.A. in Advertising from Michigan State University. Reach Darlene at (760) 630-9111 or dgudea@tradeshowexecutive.com