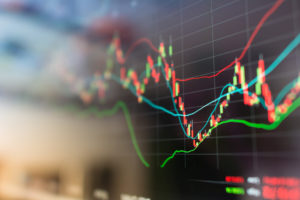 PARIS — UFI, The Global Association of the Exhibition Industry, reported that $16.5 billion of economic output has been lost to date, based on the current numbers and size of exhibitions that have been canceled or postponed. The exhibitions industry generates a total economic output of $26.2 billion per month globally on average, translating to more than 270,000 full-time jobs, UFI reports.

“Globally, the fact that more than 500 trade shows have not taken place in recent weeks is creating an escalating ripple effect for whole industries,” said UFI Managing Director/CEO Kai Hattendorf.

On Mar. 10, UFI released data on the impact that trade show postponements and cancelations are having for the exhibiting companies and for the trade show industry around the world. To calculate the economic impact, Hattendorf told TSE that UFI used the global metric based on square meters sold (agreed to by UFI, SISO and AEO) and referenced the list of canceled and postponed trade shows put together by Expocheck, a German media company.

“The impact of the COVID-19 virus outbreak continues to have effectively stopped the exhibition industry in Asia,” said Mark Cochrane, UFI Regional Manager Asia/Pacific. “There are essentially no events happening in Japan, Korea, Taiwan, Hong Kong and China. Together those markets represent at least 75% of net space sold in Asia each year.

On the exhibiting side, the orders that companies are currently not securing on the trade show floor add up to $26.3 billion globally, according to UFI. Of this, UFI estimates lost orders of around $14.6 billion in Asia/Pacific and $11.1 billion in Europe. As additional events continue to be postponed and canceled, these numbers will rise further in the weeks to come, Hattendorf said.

On Mar. 13, Cochrane said that “Beijing is trying to get everyone back to work, but the central government is understandably nervous about a resurgence of the virus, so public gatherings of any kind are not a priority. Regarding the Canton Fair, officially MOFCOM maintains that it plans to hold the April edition as scheduled (Apr. 15 to May 5), but that is looking increasingly difficult as the virus spreads in Europe and the U.S. The consensus in the Chinese market is that February, March and April are complete write-offs. Even if the Canton Fair goes ahead in April, the rest of the events market in China will not restart until mid-May at the earliest.”

Some events that are not taking place this quarter are being postponed and rescheduled to take place later in the year. This will help to reduce the mid- to long-term impact. “But even short-term postponements have an immediate impact because they delay scheduled business and revenues,” UFI Research Manager Christian Druart said. “This poses an existential risk, in particular for small and medium-sized companies.”

“These numbers stress the critical importance exhibitions play in any economic recovery,” Hattendorf said. “We rely on the joint efforts from policymakers and global leaders to ensure that the companies that organize these events — creating those necessary market and meeting places — will be able to continue to fulfill that role in the future. All of these companies are already suffering massively under the current wave of postponements and cancellations.”