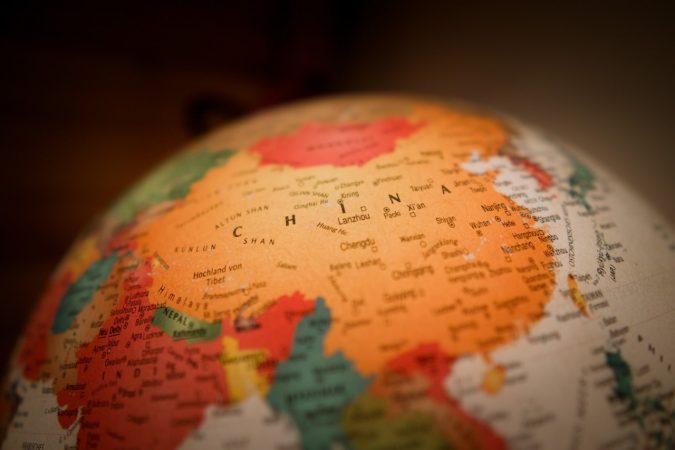 BEIJING, China — China has eased some of its COVID restrictions, announcing new rules that would make it easier to host international trade shows in the country.

“It is encouraging finally to see some easing of China’s very strict COVID travel restrictions. This is certainly a step in the right direction and I hope it marks the beginning of a steady process of removing restrictions which will take us back to something like normal,” said Paul Woodward, Chairman, Paul Woodward Advisory who has been working in China media and trade fairs for almost 40 years.

The new rules were among 20 measures announced at the first meeting of the new top leadership body of the ruling Communist Party and are intended to improve China’s COVID control policies and make them less restrictive.

“Any improvement on the reduction of days quarantine in China is welcome. Let’s hope in China that the reduction continues as soon as possible as it tries to get back to normality,” said Michael Duck, Executive Vice President, Commercial Development, Informa Markets.

Several of the new measures are of particular interest to trade show organizers. The suspension of international flight routes due to the detection of infected passengers will be abolished. For inbound international travelers, the pre-departure COVID test requirement was cut to once in 48 hours from twice.

Quarantine periods for travelers into China and close contacts are being cut by two days. But international travelers who do not have a permanent address in China will still need to do a total of eight days of quarantine in hotels. Travelers will be required to isolate for five days in a hotel or specialist government facility and a further three days at their place of residence.

“But even with the less stringent quarantine and test requirements, it is still likely that very few international business people will be traveling in and out of China for trade shows or other business meetings,” said Woodward. “What we might well see, however, is a restart of outbound China exhibiting business and I have already spoken to organizers who have seen a marked uptick in bookings for 2023 at over-seas shows particularly in south-east Asia.”

The new rules are a significant shift in President Xi Jinping’s zero-COVID policy. China is the last major economy to have retained the strategy of trying to keep out the virus with measures such as lockdowns and quarantines.

“The new relief measures on COVID control in China have come just in time. They should help to revive the trade show industry in China by February or March 2023,” said Michael Kruppe, General Manager, Shanghai New International Expo Centre Co., Ltd. “I expect the measures to be further relaxed and this would give a big push for shows to reopen. Most importantly it will allow international exhibitors and visitors to travel more easily to attend shows in China.”

China’s zero-COVID policy has contributed to China’s economic struggles this year, pushing down consumer and business confidence as people are stuck in a cycle of outbreaks, lockdowns and testing. While announcing the new rules, the party’s Politburo Standing Committee stressed the need to minimize the impact of China’s zero-COVID measures on the economy while not relaxing the clamp-down on outbreaks.

“It’s significant that the announcement came after social pressure increased massively on the government due to a much higher than expected unemployment rate which reached 20% among the younger generation and a significant drop in China’s GDP,” said Kruppe.

The long-awaited announcement, however, did not explicitly mention when the changes will take effect, which means considerable uncertainty remains over whether these are China’s first steps toward ultimately dropping all COVID controls, or merely the country’s new indefinite posture, which is still the most restrictive approach to virus control in the world.

“China‘s zero COVID policy remains but they will monitor the reductions in a measured way,” Duck said. “Let us remember that some fairs took place in China in recent weeks in Chengdu, Shenzhen and in Shanghai which hosted the China International Import Expo.”

But Woodward still advises caution among show organizers. “My expectation is that this is likely to continue well into the first half of 2023. My most optimistic expectation at the moment is that things will start to ease in the second quarter with some hope of a relatively normal, if largely domestic, show schedule in the second half of next year. But, we’ve said that before and no-one for now is going to place any large bets on that happening,” Woodward said.