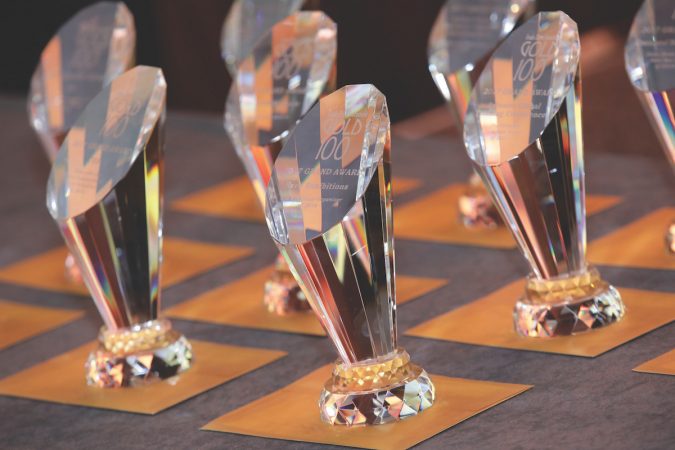 CHICAGO — Trade Show Executive announced the finalists for the Grand Awards, which will be presented at the Gold 100 Awards & Summit, taking place Sept. 21-23 at The Ritz-Carlton Bacara in Santa Barbara, Calif.

The Grand Awards honor the best of the best among trade shows, and they are open to trade shows of all sizes, even those not large enough to qualify for the TSE Gold 100. The majority of this year’s awards were also open to virtual events with virtual exhibits.

Many past categories will return at this year’s awards including the Show with the Most Commendable Green Initiatives, Most Innovative Show and the Greatest Trade Show of the Year.  Several new categories were introduced to highlight the challenges shows overcame during 2021 and the innovative ideas that were put into action through the pandemic. The new categories include the Return to “Normal” Award, Above & Beyond Award, Staying Connected Award, Show Must Go On! Award, Squeaky Clean Award and the DEI Leadership Award.

“The submissions we received this year were heartfelt and filled with excitement. It’s been very difficult choosing these finalists with so many great entries. We congratulate all the leaders on this year’s Gold 100 rankings,” said Gabrielle Weiss, Vice President and Editor-in-Chief, Trade Show Executive. “The cutting-edge and innovative ideas, grit and tenacity of these leaders is notable. They pushed through the adversity our industry faced during the pandemic and blazed the trail for us all. Clearly this was no easy feat, and I am honored to be a part of celebrating the best of the best at the Gold 100 Awards & Summit.”

Submissions for the Grand Awards were reviewed by TSE’s editors and researchers, and the results are in.

“The Awards are the perfect opportunity to not only recognize, but also reward the shows that have gone the extra mile in providing the best experience possible,” said Trade Show Executive Chairman and President and CEO of United Service Companies. “These top show organizers reopened our industry, and for that we applaud them and recognize them in just a few weeks at the Gold 100 in Santa Barbara.”

For the full list of finalists in each category, visit the Grand Awards Finalist page of the Gold 100 website.