SISO Advocacy Update: Let’s Get This Show (Back) on the Road 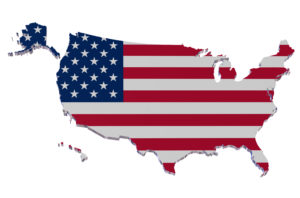 ATLANTA – We need to focus on getting the industry open again,” Douglas Emslie, Group Managing Director, Tarsus Group, and current SISO Chair said during a recent webinar addressing the key issues and needs affecting the events and exhibitions industry, an industry devastated by both the acute and chronic effects of COVID-19.

While lots of exhibitors want to attend shows, attendees are still reluctant, Emslie admits. “The U.S. is in the middle of a storm,” he says. And while trade shows are starting to open up in September in Europe, Emslie explains the U.S. lags two full months behind colleagues across the pond. They need to start planning now, but he admits the timing is tricky. “We don’t want to sound tone-deaf with 52% of people saying they feel unsafe attending conferences or conventions, and only 21% saying they feel somewhat unsafe,” Emslie adds.

To that end, Emslie maintains that SISO has the leadership, structure and finances to move quickly to get the show industry back on its proverbial feet. “It was clear we had some simple, straightforward objectives, including speaking with one voice to bring the service industry together,” Emslie explained. Together with a broad industry coalition, he and his SISO board members are actively working with legislators to bring the U.S. meetings and events show industry back to the floor.

There is indeed broad support for meetings and exhibitions, Sue Sung, Executive Vice President, Freeman, and Director of the Go Live Together coalition, said. “Seventy-four percent of associations rely on their Annual Meetings for revenue, with conference and trade show revenue the second largest revenue source over membership dues, in fact, often more than membership dues.”

In the spring, the WHO (World Health Organization) categorized conferences, events and trade shows as “mass gatherings” – along with concerts and large sporting events – thereby ensuring they would be relegated to the last phase of reopening, that which requires a vaccine. “We needed to lobby to get out of that,” Emslie said.

“We’re not a mass gathering; we’re not congregating for social or recreational purposes, and we have a lot of the benefits of outdoor space in terms of mitigating the risk of spreading Covid-19,” Sung said. With convention centers having an average ceiling height of 30-40’, this helps mitigate many of the concerns associated with close indoor gatherings. “But we need to help legislators understand this; it’s critical to take into consideration with reopening plans,” she added.

Related. Freeman Releases Resources, Video Illustrating What the Future of Events Will Look Like

Politics Amidst a Global Pandemic
Roger Dow cuts right to the chase: “Politics in America is really dicey,” the CEO of the U.S. Travel Association said. Dow expects to see progress on the political front in late July, early August, explaining that while DMOs were left out of original PPP (Paycheck Protection Program), they are lobbying hard to get them into the next round of relief. “We’re also working on loan extensions and loan forgiveness through Dec 31, and liaising directly with Senate Majority Leader Mitch McConnell’s (R-KY) office on tax incentives. What happens at the show is so critical to the local economy,” Dow stated.

But Dow admits opening up again is a crapshoot. “We’re really hoping we’ll see (infection) numbers come down soon; that will be the impetus to open up again. We can’t go on much longer shutting down international travel,” he admits, adding that many people are understandably holding back on registering for events, based on whether they can attend or not.

“One of our major concerns is what happens if we open up again, and we’re hit with a second wave,” Emslie explains. “Americans are very litigious. If people get sick at one of our events, we could be wrapped up and sidetracked by litigation, and we don’t want that.”

Liability Protection
Liability Protection, separate and distinct from business liability insurance, is another critical area the group is addressing, working on legislation with Senators McConnell and Cornyn (R-TX). “Any business that is taking reasonable precautions, including adhering to CDC guidelines, needs to be protected if anyone gets sick with COVID-19,” Dow said, adding that the proposed legislation means the Feds will step in and back up industry against any major claims. “The proposed Liability Shield will be for five years, retroactive to Dec 2019,” he added.

While business interruption insurance usually compensates business owners when they need to shut down due to exigent circumstances – like a hurricane destroying a hotel – those policies explicitly exclude pandemics. To that end, the group is working with Rep. Carolyn Maloney (D-NY), who is sponsoring the Pandemic Risk Insurance Act to provide a federal backstop for business interruption insurance to include coverage for pandemics. This would specifically help absorb some of the economic losses and protect businesses and the economy from future pandemics, Freeman’s Sung said. “Right now, show organizers have to pay upfront money months in advance, and that’s just not sustainable without insurance. Pandemic Risk Insurance would address that.”

On May 27, Rep. Carolyn B. Maloney (D-NY), with various other stakeholders, introduced The Pandemic Risk Insurance Act of 2020 (PRIA). This legislation will create the Pandemic Risk Reinsurance Program (PRRP) and is seen as a vital step in Congress’s prevention efforts against economic losses from future pandemics. “PRIA is more about business interruption insurance,” Dow explained, adding that government-backed event cancellation is included in Maloney’s bill. “We’re hoping to vote on this in late July or the first week of August.”

As with TRIA (Terrorism Risk Insurance Act), the government would serve as a backstop to maintain marketplace stability and share the financial burden alongside the private industry.

Sue Sung also discussed the importance of advocating for tax credits to get exhibitors and attendees back to events. “Without it, they won’t come back,” she said. Dow is working with Senator McConnell’s office on temporary tax credits for all, and other tax incentives. Travel promotion grants are another possibility, as most cities haven’t received hotel taxes due to occupancy rates that have dropped to record lows. “We also need to consider all the people who man the booths and the tax revenues brought to the local area. Relief in these areas will help states recover,” said Dow.

Sung and her colleagues stressed the critical importance of education, admitting that with the varied approaches by different state governors, they need to work hard to keep up with reopening plans. “In Nevada, they don’t even call out conventions, whereas, in states like Illinois, Governor Pritzker has placed conventions and events in Phase 5, meaning they can’t open without a vaccine.” Sung says it’s critical to stay in close contact with CVBs, convention centers and local health officials and is putting together a document summarizing all the guidelines, safety protocols, (how they meet or beat CDC guidelines), and otherwise showing all the ways show organizers can control the environment, ensuring it is decidedly different from a mass gathering.

Even with adequate legislation, testing remains the fly in the ointment to getting shows back on the road. To get people to attend events, testing is needed to prove potential attendees aren’t infected, and Sung admits that “Right now, we can’t get them (tests).” She and her SISO colleagues are looking to obtain grants to increase the amount of testing available. Still, she’s quick to point out that testing has to be available across the board, “Not one (test) in Nevada and another in Illinois.” Sung says rapid testing is also crucial. “It’s no good if it takes 3-4 days,” and she says it’s just as important to have rapid testing available at airports and other locations where travelers congregate. “In some ways, rapid testing is more important than a vaccine,” she added.