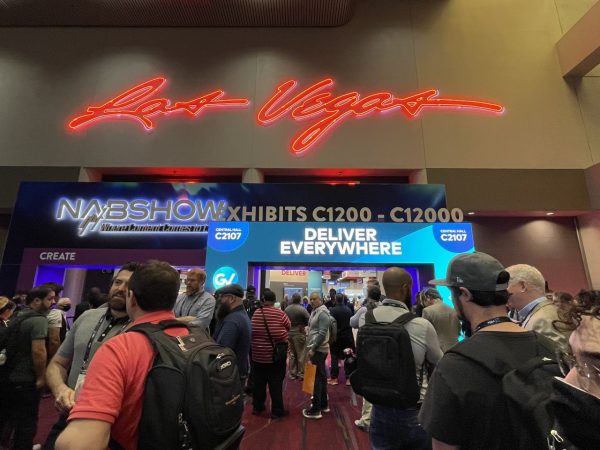 WASHINGTON, D.C. — Lengthy visa wait times are a major contributing factor, along with economic concerns, to the downturn in international visitors to the U.S., and the just-released travel forecast from the U.S. Travel Association expects the situation to continue not only for the remainder of this year but throughout 2023.

In June, it was predicted that international visitation volume would end the year at 67% of pre-pandemic (2019) levels and 82% in 2023. That forecast has been downgraded to just 63% of pre-pandemic volume for 2022 and 75% for 2023–reflecting an additional loss of 8 million visitors and $28 billion in spending over those two years.

Show organizers are developing new strategies as part of their long-term planning to cope with the potential impact. ”We have been tuned into the potential challenges ahead and have been working as proactively as possible to get ahead of this as much as possible,” Chris Brown, Executive Vice President and Managing Director, Global Connections and Events at the National Association of Broadcasters (NAB), said.

NAB’s efforts have included opening non-U.S. pre-registration this summer—much earlier than usual—to get Letters of Invitation out for earlier visa applications, and they are even offering 2024 Letters of Invitation now to allow for longer lead times. They are also sending more frequent communications to their non-U.S. show community with reminders to check the status of visa wait times.

In addition, Brown said, “The NAB Show participates in the Department of Commerce’s Trade Event Partnership Program to support international delegations. When possible, we are working with U.S. Commercial Service offices in certain embassies to help expedite visa renewal applications for show partners, exhibitors and attendees.” NAB also held a series of U.S. Commercial Services Coffee Chats to educate embassies on the NAB show audiences and the profiles of qualified buyers.”

The Exhibitions & Conferences Alliance (ECA) has been calling on the Biden Administration and State Department to address the situation with lengthy wait times and its impact on the business events industry, and was hopeful about the recently introduced Visa Wait Time Reduction Act—but all that could change next month.

“With a new Congress being sworn in on Jan. 3, future prospects for the Visitor Visa Wait Time Reduction Act and other Congressional legislative and oversight efforts are unclear at this time,” Tommy Goodwin, ECA Vice President of Government Affairs, said. “The latest forecast from U.S. Travel reinforces the need for the Biden Administration and State Department to take immediate action to restore visa processing capacity to pre-pandemic levels. This is keeping countless exhibitors and attendees from returning to face-to-face business events in the United States.”

Related. Legislative Action Week: “Never Has This Been So Important”

Much of the impact depends on the nature of the show and the locations of its attendees. According to Gary Shapiro, President and CEO of the Consumer Technology Association, organizer of the massive CES 2023 happening Jan. 5-8 at the Las Vegas Convention Center, reported that international pre-registration “is holding strong and currently tracking for one-third of attendees to be international, as in previous years.”  The show is expecting 2,000 exhibitors from 158 countries and 100,000 attendees.

Brown also reported being “pleasantly surprised” with international participation at NAB’s April 2022 show. “We were expecting there still would be enough barriers to travel that we would be down considerably, but our overall participation was up at 25%, which is only a couple of percentage points off what we had been seeing pre-COVID. The mix, of course, was quite different; we were well down in numbers from the Asian countries, but saw strong participation from Western Europe, South America and even India.”

Interview wait times for first-time visitor visa applicants have actually worsened in key international markets such as Brazil, India and Mexico in recent months, exceeding an average of 400 days in the top 10 source markets for travel to the U.S.

In response, Goodwin advises show organizers to act now. “Until the Biden administration and State Department step up and address this unnecessary bottleneck, ECA is urging show organizers to encourage their would-be international exhibitors and attendees to begin the visa process as soon as possible for 2023 events,” he said.