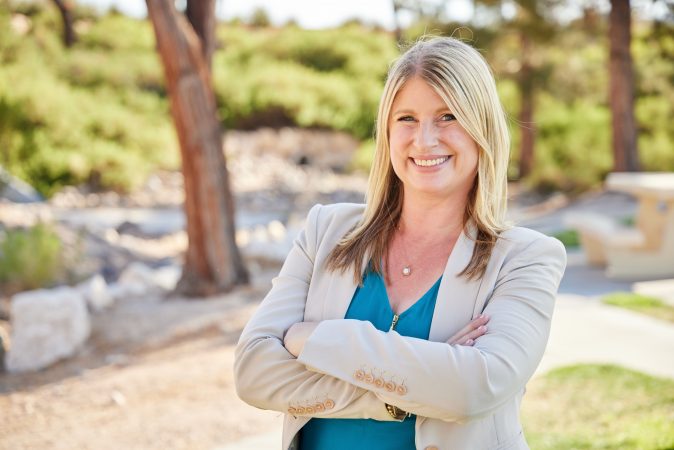 LAS VEGAS — Julie Pazina, CEM-AP, National Director of Sales at Edlen Electrical Exhibition Services, on June 14 won the primary for an open seat in the Nevada State Senate District 12. Pazina, who had the endorsement of the Democratic Party, beat her Democratic challenger with 58% of the vote.

“I am grateful that the voters in Senate District 12 have trusted me to represent them in the general election,” Pazina said. “As a leader in the business community, I know what it takes to get our economy back on track. I’ll work hard to grow more well-paying jobs, expand our tourism footprint and diversify our economy.”

Based in Las Vegas, Edlen is a family-owned and operated company that has grown into the nation’s largest independent temporary utility contractor for trade shows, conventions and special events. Pazina, who is also Vice-Chair of the Nevada Commission on Tourism and past president of the Las Vegas Hospitality Association, during her campaign vowed to stand up for Nevada’s working families and diversify the state’s economy.

“As the Vice-Chair of the Commission on Tourism and past president of the Las Vegas Hospitality Association, Julie knows what it will take to help Nevada families and small businesses get back on track,” Majority Leader Nicole Cannizzaro said. She continued, “Julie is a fighter who will always put the people of Nevada first. We can count on her to stand up for public education, create good jobs across Nevada, and bring down the costs of health care for everyone.”

“Working in the hospitality industry, I know first-hand how hard Nevada’s families were hit by the pandemic,” Pazina said in a statement. “In the State Senate, I’ll stand up for Nevada’s working families and ensure we come back stronger. … I’ll also ensure that our schools are well-funded and that health care is more affordable for all Nevadans. I’m ready to get to work and earn the support of my neighbors across the district.”

Pazina believes her work in the trade show industry would help her serving in the State Senate. “On the industry experience front, advocacy is incredibly important. Also important is having elected officials in a position to decide on laws affecting the tourism and trade show industry who truly understand the industry and its nuances and how legislation can affect the industry as it recovers. The largest business segment in Nevada revolves around tourism and hospitality and it is important to have representation.”

Pazina served on the Board of the Las Vegas Hospitality Association for six years, including her tenure as President in 2013. She is also a member of the Junior League of Las Vegas, is an active community volunteer and is a member of IAEE, which named her its 2011 Young Professional of the Year and the 2019 Woman of Achievement. Pazina also currently serves on the International Association of Venue Managers Convention Center and Industry Affairs Committees. She was a member of the Nevada Conservation League Board and was appointed by the Governor to the Commission on Tourism and the Commission’s COVID-19 Recovery Committee.