BRIGHTON, UK – Joining the growing number of organizations around the globe that are condemning and taking action against Russia’s ongoing military aggression, the IMEX Group is suspending Russian state enterprises from attending IMEX Frankfurt. 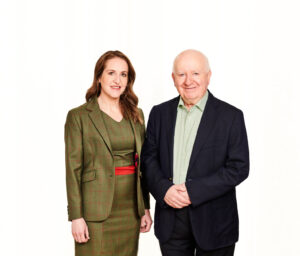 “Sadly, today we have taken the decision to suspend Russian state enterprises from participating at IMEX in Frankfurt 2022, as a direct result of the current political situation. We do this with a heavy heart, understanding that the world is in an unprecedented situation. Our hearts go out to everyone who is affected and especially the people of Ukraine. All of us wish for a speedy and peaceful resolution to this conflict.”

The executives further explained their decision to Trade Show Executive.

“The invasion of Ukraine by Russia took the world and our industry by surprise,” said Bloom. “We felt strongly that given our role at IMEX to offer a platform for destinations and cities to promote themselves and generate business from the global community, that allowing Russian state enterprises to benefit at this time would be inappropriate and insensitive. Many of us have colleagues and friends in Russia and we want to see them prosper in the long term. We understand that this action is not a reflection on their beliefs or desires. However, it is clear that the Russian state is acting against the wishes of many of its citizens, at this point. For that reason, we wanted to delineate our actions around state enterprises and ensure that we were in no way discriminating against Russian individuals who live and work across the world in a variety of organizations.”

Bauer underscored the power of unity and a unified response.

“It’s clear that this situation is totally unprecedented and, as such, our priority has to be toward the people of Ukraine and the defense of liberty, democracy and the stability of the Western world,” she said. “We wanted to take decisive action and provide clarity for our industry. Clearly, if every business and industry plays its part, this will increase pressure from the already significant sanctions that have been imposed by the Western world. We do not know the extent that these actions will impact decision-making in Russia, but it is right to support the efforts that governments are making. At the end of the day, action like this joins us with all the major industries that we serve on a daily basis.

“It’s important as a global industry that we support, as best we can, the efforts of our friends and colleagues based in Ukraine. As a truly global industry we are in a unique position to offer them real as well as moral support.”

TSE will continue to update this story.