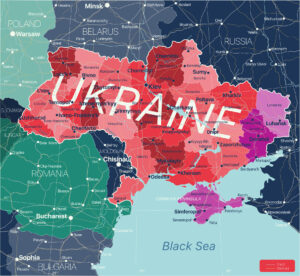 They issued a statement stating, “Sadly, today we have taken the decision to suspend Russian state enterprises from participating at IMEX in Frankfurt 2022, as a direct result of the current political situation. We do this with a heavy heart, understanding that the world is in an unprecedented situation. Our hearts go out to everyone who is affected and especially the people of Ukraine. All of us wish for a speedy and peaceful resolution to this conflict.”

A major show in the meetings industry, IMEX Frankfurt drew more than 14,000 attendees and exhibitors in 2019, the last time it was held. The show was canceled in 2020 and 2021 because of the COVID-19 pandemic.

Gary Shapiro, President and CEO, Consumer Technology Association (CTA) and a member of Trade Show Executive’s Editorial Board, issued a statement as well: “The invasion of Ukraine is a tragic and illegal assault on the people and independent nation of Ukraine and an attack on democracy. We call on Russia to stop its attack and end the needless loss of life and human suffering. As an American trade association, we believe in the power of democracy and the recognition of duly elected leaders. We applaud those who took to the streets in Russian cities to peacefully demonstrate against this action by their government. The Consumer Technology Association fully supports tough sanctions on Russia. We will inform our members to comply with the new export controls issued in response to Russia’s actions. CTA is committed to serving as a resource for the administration during implementation.”

PCMA weighed in on the situation. “Now, more than ever, the world must come together. The unprovoked and unjustified attacks on people of Ukraine prove that we, as a society, have more work to do.

Social injustice  — war  — has no place  — anywhere. We support UN Secretary General Antonio Guterres’ position in his call to end this senseless war. ‘I must say, President Putin: In the name of humanity bring your troops back to Russia. In the name of humanity, do not allow to start in Europe what could be the worst war since the beginning of the century, with consequences not only devastating for Ukraine, not only tragic for the Russian Federation, but for the entire world.’ Our global communities must be resolute in driving economic good and to solve complex issues. We stand united against war and acts of evil against innocent civilians. We support people that believe in and live in a peaceful society. Our prayers are with all who are grieving, and it is our hope that peace will prevail quickly.”

PCMA is committed to contributing to the Ukraine Humanitarian Fund that supports those who need food, water and shelter. It can be accessed here.

James Rees, President, ICCA–International Congress and Convention Association, issued the following statement: “Dear ICCA members across our global community, I am sure you will be extremely saddened to see the escalating hostilities unfolding in Ukraine in recent days. It is particularly hard to witness such devastation in countries where we normally work together, in partnership, so our thoughts at this time are with our members, friends and colleagues in both Ukraine and Russia who are being directly affected by this action. ICCA is an association that advocates for all of our global members, prizing knowledge exchange and internationalization, where differences are challenged through debate and discussion. We call on governments on all sides to do everything possible to end hostilities and meet to negotiate a peaceful resolution to this conflict.”

UFI–The Global Association of the Exhibition Industry mentioned the war in its monthly update. “This newsletter goes out as we see a war on European soil, causing pain and suffering for millions of people. If you want to support an institution that provides humanitarian aid, you can donate to the International Red Cross by clicking here. To help children affected by war, donate to UNICEF by clicking here.”

Monica Lee Müller, UFI President, wrote, “The meetings industry is there to bring people together — our marketplaces and meeting places are the platforms where businesses, people, nations come together to talk to each other, to discuss and agree on deals, and to overcome obstacles and solve problems. When people meet, they solve problems. In a world confronted with many unprecedented challenges, in politics, with natural disasters, and the pandemic — more than ever, we need peace, not conflict.”

“The entire city of Düsseldorf is thinking of the people in Ukraine. After we have already put the city partnership between Moscow and Düsseldorf on ice, it is only logical that Messe Düsseldorf, as a subsidiary of the city, also suspends its activities in Russia for the time being,” Dr. Stephan Keller, Lord Mayor of the state capital Düsseldorf and Chairman of the Supervisory Board of Messe Düsseldorf said.

Wolfram N. Diener, CEO and President of Messe Düsseldorf, added, “The current events contradict the mission and values of our company, which is to create international marketplaces for free, cross-border intercultural and economic exchange.”

TSE will continually update this story as more reaction is gathered.