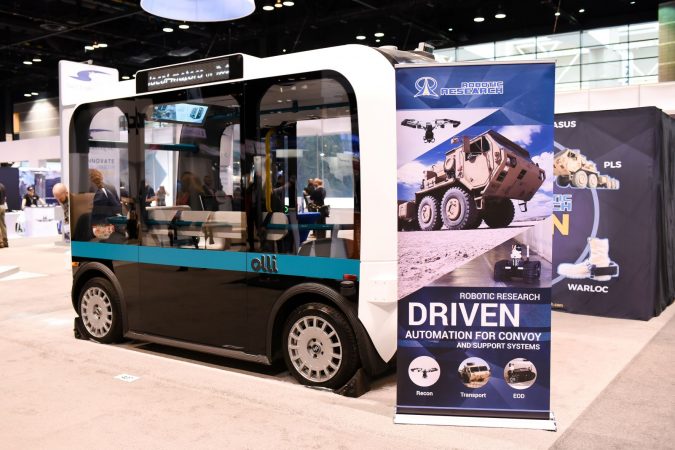 ARLINGTON, Va. — There are big changes at the world’s biggest nonprofit organization dedicated to the advancement of uncrewed systems, robotics and autonomy. The Association for Uncrewed Vehicle Systems International (AUVSI) announced a partnership with Messe Düsseldorf North America, Inc. (MDNA) to co-host its XPONENTIAL trade show, the world’s leading event in its field, starting in 2023.

The partnership will allow XPONENTIAL to broaden its reach to user communities and new market entrants by tapping into MDNA’s parent company, Germany-based Messe Düsseldorf GmbH, one of the world’s largest organizers of international trade shows. XPONENTIAL will remain in the U.S., according to an AUVSI spokesperson, and the trade show will continue as scheduled for May 8-11, 2023 in Denver and April 22-25, 2024 in San Diego. Event organizers are in talks with other U.S. cities about hosting the 2025 and 2026 shows.

XPONENTIAL draws 8,000 event attendees each year to its 200-plus educational sessions, featuring top minds in the industry, as well as its trade show, the XPO, where more than 500 companies showcase the latest technologies in drones, robotics and unscrewed systems. There’s also an area at the show, Startup Xcelerator, for emerging companies in the field.

The 2022 trade show, themed “Where Autonomy Meets Society,” was held April 25-28 at the Orange County Convention Center in Orlando, Fla., and marked AUVSI’s 50th anniversary. Addressing the audience, Brian Wynne, President and CEO of AUVSI, introduced Tom Mitchell, President of MDNA, by saying: “They won our partnership and hearts by demonstrating that they are enthusiastic about growing the show, our AUVSI community, and how our industry is advancing and changing all the time. They bring the scope, scale and leverage that will allow us to focus on the things we do uniquely 365 days of the year outside of XPONENTIAL.

“Associations are based on an open concept,” Wynne continued. “We are trying to get more and more people working toward a common cause. The more members we have, the more relevant and powerful we are, the further we move as a community.”