Omicron Update: mRNA Continues to Save the Day with Mitigation Practices; Say Experts 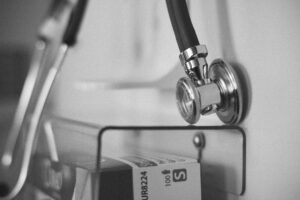 WASHINGTON, D.C. — Health experts are rapidly getting a handle on the characteristics of the Omicron variant. Dr. Anthony Fauci, Director of the National Institute of Allergy and Infectious Diseases and the Chief Medical Advisor to the President, has been a voice of reason by reassuring the public that fully vaccinated people with boosters face little risk of severe illness  should they contract a breakthrough infection.

Both Pfizer and Moderna, manufacturers of the mRNA boosters, have confirmed that their use significantly increases protection against the severity of an Omicron-variant infection, and Moderna announced in late December  that its booster increased neutralizing antibodies against the variant 37-fold in laboratory tests.

The Omicron variant of COVID differs from the mutations because of its stunning transmissibility, which can severely impact the unvaccinated population. However, it does appear that after the first spike in transmission and cases the Omicron variant is indeed a milder form of COVID. In fact, the doctor who discovered the first case in late November, Dr. Angelique Coetzee, National Chair of the South African Medical Association, told various news outlets that her country might already be through the worst. “What we currently see is that our cases are coming down. In Gauteng, which was the epicenter, the numbers are much lower,” she said.

In the U.S., where the variant  became the dominant strain  just before Christmas, the rise in cases e is expected to last through the winter, according to John Cordier, CEO of Epistemix, which creates modeling to help show organizers determine effective mitigation strategies. “The data shows that cases will peak in southern cities in early February, northeastern cities in early March, west coast cities in mid-March and finally midwestern cities in early April,” Cordier said. “Early data from South Africa suggests that Omicron infections are milder, though we are still waiting to confirm that as cases increase in the U.S.”

Related. Proof of Vaccination for Large Events on the Upswing

Cordier said the best course of action for show organizers is to require a layered approach to mitigation. “Our recommendation for events and gatherings is to continue indoor masking, consider rapid testing before gathering in groups, and seek out a booster vaccine if you have not already done so.”