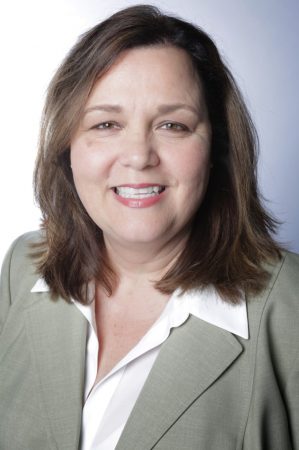 From the top down, women are leading the way at Huntington Place, with 17 out of the 35 managerial jobs at the venue held by women, highlighting the facility’s emphasis on a diverse and inclusive working environment. Having three women executives at the same facility is a significant accomplishment, as the U.S. Bureau of Labor Statistics reports that women held only 21% of all facility management positions in the U.S. in 2021.

Totaro is an established industry leader and had previously served in executive roles at convention centers in San Diego, Atlantic City, Portland and Cincinnati before taking over the General Manager position at Huntington Place in April 2021.

“I feel I have climbed a mountain and can now reach down and pull more women up. It is such a rush to see young women I have mentored start to soar. There is so much pride and hope for their future,” Totaro said.

Bixby is responsible for the day-to-day operations, which include heading up LEED certification, sustainability initiatives, and establishing safety and security measures across multiple departments.

“Having this opportunity is a huge honor and shows where the industry has grown over the past several years,” Bixby said. “I truly appreciate all of the women that came before me and are in positions right now. It’s an exciting time and I hope to pave a little piece of the way for more to come.”

In addition, for the first time since its inception in 2009, the DRCFA has three out of five posts filled by women, including Canada, who has more than 20 years of experience working with organized labor, politics and government affairs.

“We [DRCFA] are driven by the need to create the conditions for success at the center and for the community,” Canada said. “It requires compromise, tenacity and organic leadership styles to meet goals on time. The importance of the task at hand shapes our leadership.”

Cultivating a Successful and Diverse Team

The gender equity seen at Huntington Place is in part due to the rehiring process that followed closures caused by the pandemic, which was guided by the belief that inclusive and equitable teams are the most successful.

“Bringing voices to the table that haven’t been represented in the past cultivates new ideas and ways of looking at things,” Bixby said. “It brings a fresh approach to running convention centers. Sometimes an out of the box perspective is just what is needed to shake it up. We live in an ever-changing world so having people with different experiences being heard is crucial to success.”

The women-led convention center is expecting to see a strong fall season, with some shows reaching pre-COVID numbers and the return of the North American International Auto Show. “We just had a record-breaking May and look to have a record-breaking June,” Totaro said. “It has been amazing. We base that success on earning the trust of our clients, remaining flexible and most importantly delivering on expectations in a big way.”