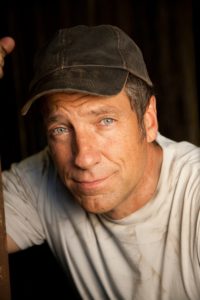 Mike Rowe, host of Discovery Channel’s long-running former show “Dirty Jobs” and CNN’s current show, “Somebody’s Gotta Do It,” will partner with Marketplace Events to help promote its 60-plus shows.

Marketplace Events is the largest producer of business-to-consumer home shows in North America.

As part of the three-year partnership, Rowe will appear in Marketplace Events’ advertising campaigns and make personal appearances at select shows.

According to the General Contractors of America, 75 percent of construction companies nationwide are having trouble finding qualified workers.

“The skills gap is impacting more and more companies in the home improvement industry,” said Baugh. “We succeed when our exhibitors succeed, and Marketplace Events is committed to be a proactive partner working on their behalf to help bridge this gap. We think it is an urgent issue for all of us – now and in the future.”

Marketplace Events, based in Solon, Ohio, produces 59 consumer home shows a year. This is not their first celebrity partnership. From 2008-2011, TLC’s “Trading Spaces” host Ty Pennington was a spokesperson for the company.

Rowe’s has many TV credits to his name, but he’s best known for “Dirty Jobs” which aired on the Discovery Channel from 2004 to 2012. The show starred Rowe doing difficult, strange and often disgusting duties. “Somebody’s Gotta Do It,” on CNN, features Rowe joining people who have set out in life on various missions – innovators, do-gooders, entrepreneurs, collectors, and fanatics – people who simply have to do it, even if it occasionally gets a little out of hand.

Rowe also hosts Facebook’s groundbreaking series “Returning the Favor,” where he searches for remarkable people making a difference in their communities and helps give back to those who pay it forward.