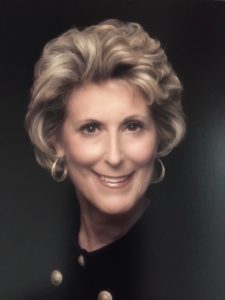 Chicago-Trade Show Executive’s Vice President and Associate Publisher Irene Sperling has announced that she will retire as of December 2017. The long-time sales and marketing executive said she hopes to travel more for pleasure, volunteer in her community and spend time visiting family members.

“It’s just time to retire, even though I love my job,” she said.

Sperling is one of an elite group of industry professionals who are walking encyclopedias about the trade show industry. She began her trade show career as Marketing Coordinator of seminars and trade shows for the International Security Conferences, purchased in 1980 by Cahners Exposition Group (now Reed Exhibitions). Then she served as Assistant Show Manager for Reed’s Kitchen and Bath and Office Products shows.

In 1980, she was asked to become the Advertising Manager of Tradeshow Week (a previous industry publication that ceased operations in 2010), which operated under Reed’s publications division. She rose through the ranks there from Vice President and Director of Sales & Marketing to Publisher in 2000. Two years later, she retired from Tradeshow Week. A year after that, she was persuaded by now-retired TSE Publisher and Trade Show Executive Media Group President Darlene Gudea to join Trade Show Executive as Vice President of Sales & Special Projects. In March of 2005, Sperling was promoted to Vice President/Associate Publisher — a position she has held ever since. Gudea is President Emeritus of TSE.

Sperling has been awarded many accolades throughout her career including IAEE’s Chairperson’s Award in 2016. She said that she still finds the industry exciting, especially seeing the way some new shows (like E3) are put together, meeting people from different backgrounds and seeing how others operate. “The whole business is fascinating,” she said.

TSE Advertising Manager Linda Braue, who has worked alongside Sperling for 13 years, said she doesn’t know how she would have managed without Sperling as a mentor. “Obi Wan Kenobi could not have been better,” she said. Braue said Sperling became a close friend, but just as important she was Braue’s “vault, seer and ad whisperer.” Braue will take on the majority of Sperling’s advertising clients.

Today, Sperling remains an active member of the International Association of Exhibits and Events (IAEE), has served on regional and national committees, mentored industry members in the U.S. and overseas and advised show and facility managers in Mexico and Europe as well as speaking at industry events in the U.S., Mexico, Russia and other countries. On her “bucket list” post-retirement: visiting Cuba, South America and Japan and taking a river boat cruise through Europe.

Calling her career a “labor of love and incredible ride,” Sperling offered a few tips to the up and coming professionals in the industry. “In sales, it’s important to learn all the pieces of the puzzle that comprise the trade show industry, not just the area that you work in,” she said. “Also remember that making connections is a key part of the trade show business.”