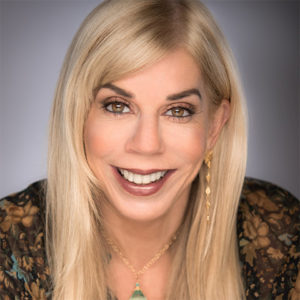 NEW YORK — After battling cancer for several months, Sally Shankland, 63, passed away at home, surrounded by her family on April 20.

Most recently, Shankland served as President and CEO of Emerald, a public company that produced 140 events and generated $361 million in revenues in 2019. She joined the company in June 2019 but stepped down due to health reasons on Jan. 1.

Prior to joining Emerald, Shankland’s career spanned more than 35 years in the events industry, including more than 20 years with UBM, which is now part of Informa plc.  She told TSE in a Power Lunch interview in April 2015 that she started in an entry-level position marketing position at UBM in 1998 and eventually worked her way up to CEO of the Americas, a division that produced 110 trade shows in North and South America and generated more than $600 million in revenues.

There, she led a team of 1,400 employees who delivered events — like MAGIC, Medical Design & Manufacturing West and Licensing Expo — and marketing services in the technology, fashion, licensing, advanced manufacturing, construction, healthcare, and pharmaceutical industries.

“Today marks the passing of a friend, a mentor, a visionary, and a leader,” said Brian Field, Interim President and CEO, Emerald, who was hired by Shankland at UBM where they worked together for five years. Shankland brought Field on board at Emerald after she was appointed to the top job in May 2019.

“Sally’s tenacious and resilient spirit was a source of inspiration and empowerment to all that had the opportunity to know and work with her,” Field said. “Her commitment to everything she touched ran deep, and her impact on the exhibitions business, our business, was unparalleled. Sally brought a fresh and empathetic perspective and energy to Emerald and its team members that gave us a new foundation from which to build and grow.”

“Sally was a fierce champion for women, an extraordinary leader, mentor and friend,” said Lori Silva, Executive Vice President, Retail, Emerald, who also worked with Shankland at UBM. “She was always her authentic self, an extraordinary, brilliant human who lived life to its fullest. She empowered and encouraged me throughout my career and taught me the importance of being my true, authentic self. That learning changed how I live life, and will forever be a part of who I am as a person.”

When asked by TSE what advice she would offer other women hoping to move into the C-suite, Shankland said: “I think women need to trade off being well liked with being respected. Success and likability correlate negatively for women but positively for men.”

A strong supporter of access for all women to reproductive health services, donations on Shankland’s behalf can be made to Planned Parenthood at plannedparenthood.org. A mentor to many, donations can also be made in her memory to Vital Voices Global Partnership an organization committed to training and empowering future women leaders across all work disciplines. More information on Vital Voices can be found at https://www.vitalvoices.org/get-involved/ways-to-give/2-donate/.