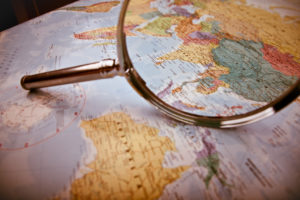 HONG KONG — About 350 industry professionals from around the globe participated in the UFI webinar, “COVID-19: An Update from Asia,” on Friday, March 27.

The webinar covered a variety of topics related to the Asian exhibition industry and COVID-19. Here are TSE’s key takeaways:

Chinese shows and venues are coming back online. “We are almost back to normal in terms of daily life,” said Kruppe, whose SNIEC has reopened but is not yet hosting events. “We are getting ready and prepared for potential visitors.” Shanghai, which is considered a Tier 1 city with a population of more than 24 million, has been shut down since January and has not been given clearance by the government to hold exhibitions through May at this point. The good news: the government ban on larger events in Shenyang, a Tier 2 city located in northeast China with a population of more than 8 million, has been lifted. The convention center will be hosting its first event since the COVID-19 outbreak at the end of April, said Cochrane.

Government support for exhibition industry in Hong Kong. The Hong Kong government has given about $1,500 to every small- and medium-sized enterprise to put toward an exhibition, Duck said. “To help organizers, there are subsidies in terms of venue costs for a period of one year to stimulate the business,” he said. Informa is currently planning for its first show in Hong Kong since the outbreak to be held at the end of June, said Duck. “About 50% of offices in Hong Kong are open, and our offices have been open for a few weeks,” Duck said. He reported that Informa’s offices in Shanghai are open and have been for a while.

New normal in Singapore. Singapore currently has social distancing measures of one meter (about 10 feet) in place, and gatherings are limited to 10 people, Arlando reported. “For all venues, including restaurants and shopping centers, they have to put in contact tracing as well as thermal scanners and the like,” Arlando said. “So that I think this is going to be a new norm.” After the WHO announced that COVID-19 is a pandemic, he said most shows have postponed to October or later. “We are now even seeing plans for some shows to put into the first quarter of 2021,” Arlando said.

India is under lock down through April 15. “The trend is the same in India as in other countries,” said Varathan. The entire country is on a national lockdown from March 24 through April 15. The government is trying to flatten the curve, he said. In Bangalore, there were shows held in January and February, but all events have been canceled or postponed since March, he said. “I don’t see any shows happening here until July,” Varathan said. “I see the same trends in other places like Bombay, Delhi, Hyderabad. One consolation is that it’s not a busy time for shows in India. Most major shows are in Q3 and Q4 in India.”

View the full webinar at: https://www.youtube.com/watch?v=81WqZTVIUgk&feature=youtu.be