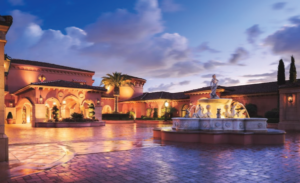 The shows that set the Gold Standard in 2018 were selected based on the size of their exhibit floors in net square feet (nsf). The Gold 100 directory entry for each show will include the number of exhibitors at each event, along with the attendance. To see the full list of this year’s Gold 100, visit www.tsegold100.com/honorees.

“The accomplishments of the Gold 100 heavyweights are an important indicator of the exhibition industry’s overall performance,” said TSE Publisher and Editor, Gabrielle Weiss. “This alone is a great reason to celebrate the success of the individual shows and we look forward to honoring them at the Gold 100 Awards and Summit in September at the Fairmont Grand Del Mar.”

The rankings will be unveiled at this year’s annual TSE Gold 100 Awards & Summit, which takes place Sept. 25-27 at the spectacular Fairmont Grand Del Mar resort near San Diego. Information on registration, along with the prestigious event’s networking and educational agenda, will be available soon at www.tsegold100.com.

Last year’s Gold 100 Class featured the 100 largest shows held in 2017, which combined for 47,470,524 nsf of exhibit space and a per show average of 474,705 nsf. The rankings featured such high-profile annuals as CES, MAGIC, and the SEMA Show, which all appear on this year’s newly released roster. The huge triennial CONEXPO-CON/AGG led the parade with 2,665,713 nsf while the biennial International Construction & Utility Equipment Exposition (ICUEE) was in third place with 1,236,135 nsf.

Those massive shows aren’t on the latest Gold 100 list due to their respective calendars, but the new Gold 100 does include some other notable non-annuals including MODEX and NPE2018: The Plastics Show.