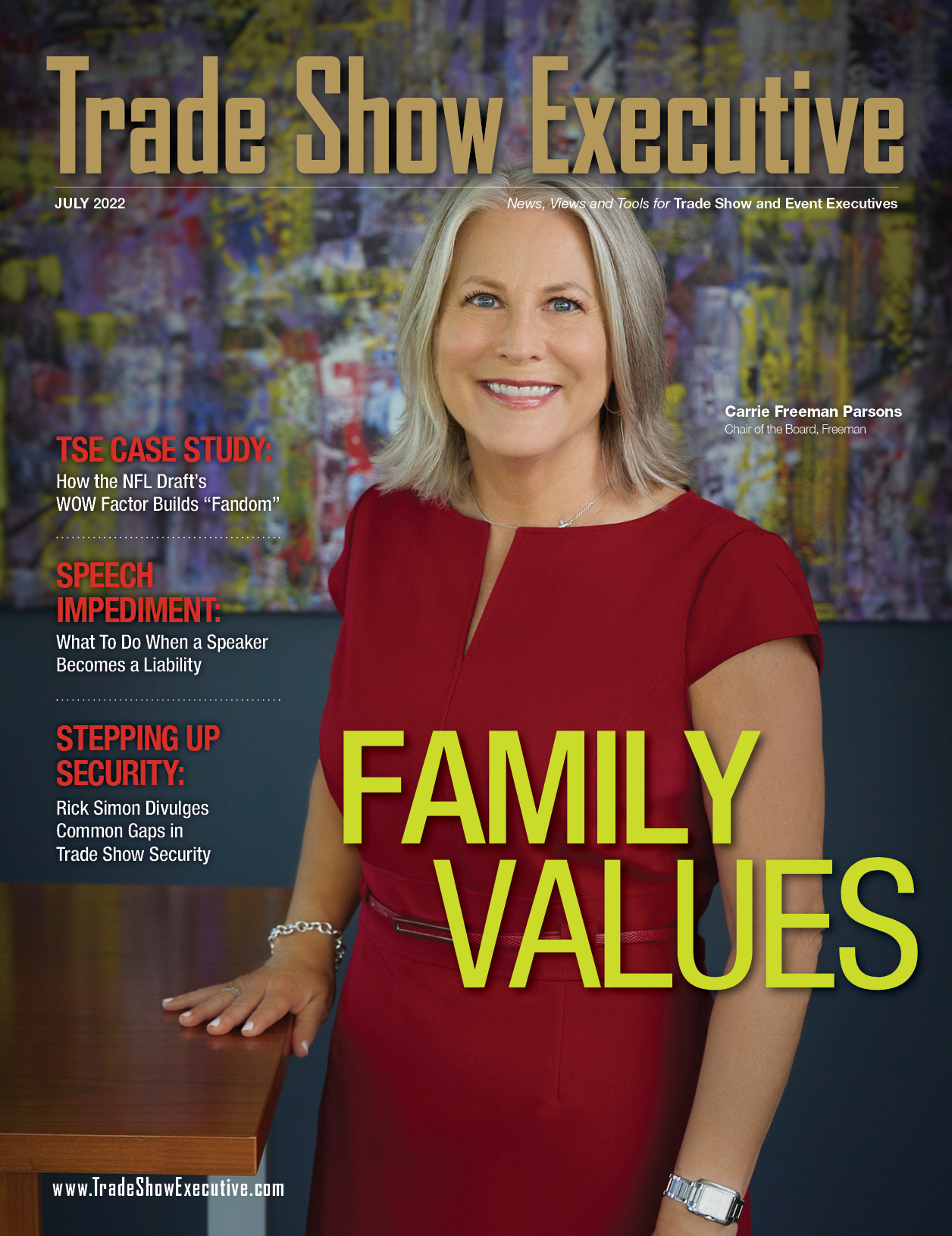 The first-ever EVX event brought together stakeholders in the fast-growing electric vehicle and energy infrastructure market to network and educate others in the industry.
ESCA addressed a host of current topics, from DE&I to the potential industry benefits from the ECA’s lobbying efforts during Legislative Action Week in early June.
Advertising Week will help boost Emerald’s customer engagement strategy by integrating in-person events, content and commerce.
The UFI and MAD partnership is expected to create stronger links between the North American and the global exhibition industry, and to grow UFI’s North American membership base.
Mentera, a new Emerald brand, will help companies source mental health services and solutions from providers, as well as offer education and networking opportunities.
CEIR’s latest marketing study focuses on the importance of trade show attendee acquisition, growing your show, and creating the go-to marketplace for your industry vertical.
The NAMM Show, held June 3-5, made nearly $77 million in economic impact for Anaheim and Orange County, and supported more than 26,000 local jobs.
The UFI Board of Directors elected Geoff Dickinson as UFI President for the 2023-24 period.
Legislative Action Week is to be held June 6-10, bringing together advocates and leaders from across the business events industry to meet with their members of Congress.
AXPONA made its return to the Renaissance Schaumburg Convention Center & Hotel in April after a three-year hiatus.
Menu

Chicago — With the number of women entering the industry on the rise, Trade Show Executive is launching Women to Watch, a program designed to recognize top-performing female mid-level managers in the exhibition industry.

“Thanks to valuable industry-centric research, we now know that the number of women in our industry is growing at a very fast clip. Women have certainly overcome many obstacles in the workplace over the decades, and as a female-led enterprise, we at Trade Show Executive want to recognize, welcome and celebrate this emerging industry trend and these emerging leaders,” said Gabrielle Weiss, Publisher and Editor of Trade Show Executive.

Data from the Society of Independent Show Organizers (SISO) and the International Association of Exhibitions and Events (IAEE) reveals the exhibition industry employs more women than men. IAEE reports 57% of members are female. Female workers make up 64% of the workforce at independent show organizations, according to the Society of Independent Show Organizers Compensation Study.  Despite the high percentage of female staffers, SISO reports only 9% of these companies have a female CEO.

The exhibition industry has a higher percentage of female CEOs than other industries. By comparison, only 6.4% of Fortune 500 companies were led by women in 2017. A 2017 Korn Ferry analysis of the top 1,000 U.S. companies by revenue found that only 6% have female CEOs.

“TSE’s Women to Watch program is designed to benefit top-performing mid-level professionals by providing exposure to our flagship event and high-profile attendees, career coaching, and recognition in the magazine; perhaps the cover,” Weiss added.

Nominations are open to all trade show organizers and will be accepted online at https://tinyurl.com/TSEW2W through Sept. 10. Honorees will be selected by a panel of Trade Show Executive editors based on professional achievements, leadership qualities and professional expertise demonstrated within the last year.

Finalists will be announced in late September. Honorees are invited to attend Trade Show Executive’s Gold 100 Awards and Summit, scheduled to be held Oct. 10-12 at the Monarch Beach Resort in Dana Point, Calif. Honorees will also receive career coaching from Angela Scalpello, a C-suite adviser based in Brooklyn. The group will also receive top recognition in an issue of Trade Show Executive.