SNIEC Paves the Way for the Show to Go on 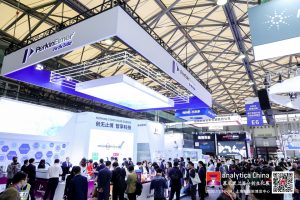 SHANGHAI — The global impact of COVID-19 is far-reaching, but one thing is crystal clear: The countries that adhere to strict testing and contact tracing bring the virus under control and are able to resume many “normal” activities, including trade shows, even without a vaccine.

Take the Shanghai New International Expo Center (SNIEC), the only Sino-German joint venue with Western management, and the premier global platform for hosting events in the ever-growing Asia-Pacific market. A strict testing protocol has enabled this leading international exhibition venue to resume an almost “normal” conference schedule despite the lack of a vaccine. Though China went into lockdown in February, on May 9, SNIEC got the green light to reopen. In late June, it hosted SEMICON China, a show devoted to the microelectronics market, and hasn’t stopped since.

SNIEC General Manager Michael Kruppe attributes the venue’s success amid a global pandemic to a system that is twofold: the seriousness of the government to administer rapid testing, and the willingness of the population to accept this testing with the understanding that they are trying to avoid further spikes and further economic and health catastrophe. This strict adherence to testing and contact tracing enables trade shows to proceed, brings business to hotels and restaurants, and keeps their economy, if not thriving, at least holding steady when most economies are still in free fall.

Since hosting SEMICON China, a show devoted to the microelectronics market, SNIEC has held approximately 60 shows with over 2 million visitors. According to Kruppe, of the 2 million tested thus far, only one person had an elevated temperature of 38 Celsius (about 100 Fahrenheit) who needed to be isolated. And as it turned out, this person did not have COVID-19.

But organizers at SNIEC were not satisfied with just getting back to business at 30% capacity, especially when most of those attendees were domestic. Kruppe estimates that between 70-80% of SNIEC’s events are international in scope, but with foreigners unable to travel from other countries into China, most of the expos this year have been more or less domestic events, though the name of the relevant expo remains unchanged (i.e., keeping the word “international” in the show name).

Based on these and other successes, SNIEC management made the case to the government to increase attendee numbers to 50% capacity. However, Kruppe is quick to point out that with international numbers of COVID-19 positivity spiking, he believes that they will have to maintain the 50% rule for the foreseeable future.

Related. Slow and Steady Return for Domestic in China

Most Western countries — the U.S., Canada and Western Europe — are struggling to “get back to business” with a heavier emphasis on cleanliness and GBAC STAR certifications and less on testing, contact tracing and quarantine.

SNIEC attendees can also expect other measures that include, but are not limited to, social distancing, two temperature checks before entry, facial recognition cameras, hand sanitizer stations throughout the venue, regularly changing air conditioning/heating filters, and doubling the cleaning cycle for the expo floor, before, during and after shows. A color-based “health code” system is an integral safety protocol, as an automatically generated quick response (QR) code is assigned to each citizen based on their health. If a user has been in a high-risk area or potentially exposed to COVID-19, the code turns yellow or red, and the user is not permitted to enter any public areas and must immediately get a COVID-19 test. If it’s green, they’re free to continue SNIEC’s entry procedures. And wearing a mask at all times is mandatory. In tandem with rapid testing, SNIEC also uses 80 or 90 infrared units like those found at many airports.

Kruppe is quick to acknowledge that the people in China, and more specifically the expo visitors in SNIEC, are highly disciplined when it comes to wearing a face mask. “To me, that is the main driver for success and being able to contain the virus, even if there are new smaller outbreaks here and there.”

What does the future hold? “The show must go on, and the show will go on,” Kruppe enthuses.

For more insight into SNIEC and the approximately 60 shows it has held for millions of attendees, check out the December issue of Trade Show Executive.