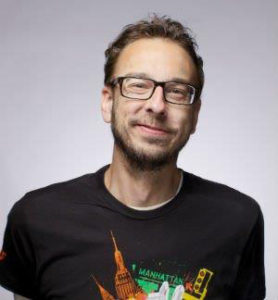 Lance Fensterman, 42, has been named President of Global ReedPOP, the branch of Reed Exhibitions that produces pop culture events around the world.

Fensterman, who joined the company in 2006, conceived and launched the idea of ReedPOP’s global expansion. The company first ventured outside of the U.S. about five years ago with a show in Singapore. In the past three years, their number of international shows has exploded. ReedPOP is now doing pop culture shows in 11 countries on five continents, with more new deals on the way in 2018. The portfolio includes EuroGamer Expo, Comic Con India, Comic Con Seoul, and MCM Comic Con London.

“The pop culture landscape exploded, and we were there, but we were there before anyone else,” Fensterman said. “We were able to build a stable and really strong brand with ReedPop. We have a very distinct culture. It’s a fans-first mentality. We make our decisions based on fans and what they want.”

Deals in the works in 2018 include new ReedPOP shows in South Africa, Paris and the U.K.

“We bit off an awful lot. We just have to chew it up and digest it now,” he said. “Now, we’re all about executing great shows.”

Fensterman’s previous title was Senior Vice President at Reed Exhibitions, but this new title better represents the job he’d been doing, he said. In addition to leading ReedPOP’s global expansion, he and his team also tripled revenues on the U.S.-based ReedPOP shows in the past five years.

In an interview, Fensterman says he’s excited about his promotion, even though it means a lot of travel and time away from his wife and 18-month-old daughter. Already, in the first three months of 2018, he’s taken 40 flights. Delta Airlines sent his daughter a personalized teddy bear when she was born.