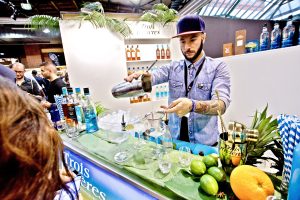 New York – Reed Exhibitions is bringing a version of Germany’s Bar Convent Berlin to the U.S. with a new show that will launch next year in trendy Brooklyn.

The new show is being organized jointly by Reed staff in the U.S. and Germany. It will bring Bar Convent’s worldwide beverage brands to the owners and key employees of influential restaurants and bars in the New York region. “The New York metropolitan area has the highest concentration of bartenders in the country, making it an ideal location for professionally sampling alcohol as a semi-luxury,” said Petra Lassahn, Director of Reed Exhibitions Deutschland.

Along with the booths, Bar Convent Brooklyn will feature networking opportunities, panel discussions and keynote speakers. Exhibitors will be recruited from top-shelf craft spirit brands and select craft breweries and bar equipment purveyors.

Registration and program details for the new show will be announced in the Summer. While projections on exhibit space and attendance were not immediately available, the Brooklyn Expo Center provides 28,000 sf of exhibit space and 10,000 sf of break-out space. There is another 25,000 sf of outdoor event space included in the 63,000-sf total.

“In Europe, Bar Convent has proved to be THE  B2B event for connecting the global beverage industry with bartenders as well as food & beverage pros from all over the world,” Lassahn said. “Now, we are going to focus on the American market.”