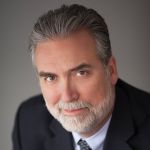 London, UK – Chet Burchett will take over the helm of Reed Exhibitions at the end of the year when Mike Rusbridge steps down as chairman of the world’s largest trade show organizer.

Burchett was president of Reed Exhibitions Americas for 11 years, and last Fall was named CEO of the entire company effective January 2015. He will retain his CEO title for the foreseeable future. Reed said there was no immediate plan to name a new chairman when Rusbridge officially retires in December.

“I am very proud of what we have created and leave the company in the extremely capable hands of its CEO, Chet Burchett,” Rusbridge said. “There is a strong continuity of management and we are now realizing significant advantage from behaving as one company worldwide.”

Rusbridge joined the company in 1979 and became managing director of Cahners Exposition Group (part of Reed Elsevier) in 1982.  He moved up the ranks every few years and reached the top in 1996 when he was named  chairman & CEO of Reed Exhibitions. Rusbridge was profiled by the late Bob Dallmeyer in his Power Lunch column in September 2008 (go to Power Lunch – Mike Rusbridge ) which covered everything from his ideas on launches and brand extensions to current day challenges and advice to mid-level managers eager to move up the ranks. 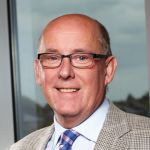 Rusbridge transformed the company from a confederation of small local businesses, often led by an entrepreneur, into an integrated global powerhouse. During his tenure, Reed Exhibitions grew from $400 million to $1.5 billion and made more than 150 acquisitions worldwide, including the U.S. show organizer Miller Freeman in 2000.

Reed currently organizes about 500 trade shows and events in 43 nations across 43 industry sectors and draws about 7 million participants.

Rusbridge attributed the company’s achievements to a “great management team” and a “very talented group of people worldwide.”

Burchett’s portfolio and influence now increases, after numerous successes. He was credited with overseeing the company’s move into Brazil and Mexico; launching Reed’s pop culture group; implementing a unique, value-led pricing model for booth space; and creating a formal cross-border collaboration program that serves as both a staff training platform and an accelerator for international expansion.

Prior to joining Reed Exhibitions in 2004, Burchett served as president and CEO, USA, for Burson-Marsteller, a leading global public relations agency.