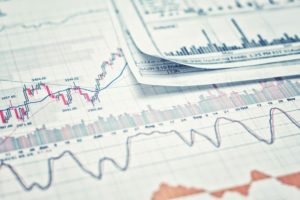 “We launched 17 new events over the past six months, and acquired the Gamer Network portfolio of leading events, websites and video channels which have 50 million monthly users, which is a great complement to our Global ReedPOP portfolio of events,” Sedky told Trade Show Executive.

RELX CEO Erik Engstrom hailed the financial strength his company showed during the first half of 2018. The company’s top priority, he said, remains the “organic development of increasingly sophisticated information-based analytics and decision tools” that provide value to customers.

In addition to a revenue increase, Emerald’s data showed a $12 million difference in net income between 2018 and 2017. Last year the company posted a $6.1 million loss during the second quarter, but this year turned it around with a gain of $5.9 million.

Loechner noted that, as expected, there was a decline in one of the company’s large conferences. Emerald also saw “soft results” in some of its publications.

“As we continued to focus on delivering increased value to exhibitors and attendees across our trade show portfolio, we also remained active assessing potential acquisitions through the second quarter and have targets at various stages of evaluation in our robust deal pipeline,” Loechner said.

Informa PLC – The first half of 2018 was a good one for events and publishing company Informa PLC. The company reported underlying revenue growth of 4.3 %, an increase over the same six-month period in 2017, which saw a 3.7 % revenue growth.

Informa also reported an increase of 1.9% in underlying adjusted operating profit and 3.3% growth to £294.4 million ($376 million) despite higher depreciation and currency headwinds.

During the second half of 2018, Informa will implement its accelerated integration plan, which included the company’s merging with UBM to create one of the largest global B2B events and exhibitions organizers.

Charlie McCurdy, President and CEO of Informa’s Global Exhibitions division, was enthusiastic about the first half of 2018.

“On the exhibitions side of the business, we had a strong first six months of the year, with some great performances in each of our major verticals including Health & Nutrition and Beauty & Aesthetics,” McCurdy told TSE. “Going forward, we’re continuing the rollout of data and digital initiatives that complement and support our exhibitions brand, alongside our focus on successfully combining UBM and its events businesses with ours.”