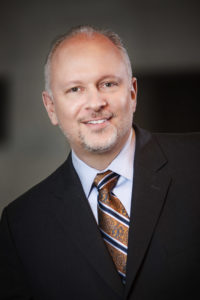 PHILADELPHIA – After working in various senior leadership positions at ASM Global (formerly SMG) for more than 20 years, Gregg Caren has been appointed President and CEO of the Philadelphia Convention and Visitors Bureau (PHLCVB), which booked 585 events and brought 788,000 attendees to the city in 2019.

Most recently, Caren served as the Executive Vice President, Sales and Strategic Business Development for the Conshohocken, Pa.-based operator of more than 350 venues worldwide. Caren will officially start on June 8 at the PHLCVB.

“After two decades working with dozens of convention centers and destinations around the globe, I am genuinely excited and honored to represent my hometown of 25 years to the rest of the world,” said Caren. “Given the current state of affairs and my love for the greater Philadelphia region, I also have a strong sense of civic responsibility. The PHLCVB drives meaningful economic impact for our city and region.”

“Gregg is familiar with our customers, our region and has been a close partner to the organization in his role at ASM Global, the operator of the Pennsylvania Convention Center,” said Nick DeBenedictis, PHLCVB Chairman. “As we turn our attention towards recovering from the impact of the COVID-19 pandemic, we are confident that Gregg will guide the PHLCVB towards future success on behalf of Philadelphia.”

Caren was part of the ASM team to close the deal to manage PCC in 2013, and its current partnership runs through 2023. He replaces Julie Coker, who was appointed President and CEO of the San Diego Tourism Authority in January but agreed to stay on during the pandemic. Coker joined the PHLCVB in 2010 and has held the top job for the last four years.

“We believe that Gregg’s wide range of experience and collaborative nature are a great fit to lead the PHLCVB,” said John McNichol, President and CEO of the Pennsylvania Convention Center Authority, who also served as the chair of the search committee. “He understands our business, our market and our customers, and we are confident this will be an easy transition to build upon our recent successes.”

Last year, PHLCVB generated revenues of $20.6 million — 80.9% by hotel taxes, which have plummeted in recent weeks. Since March 23, the city has been under a Business Activity and Stay at Home Order in light of the COVID-19 pandemic, according to the city’s web site www.phila.gov. Last week, Pennsylvania Governor Tom Wolf extended the current stay-at-home order through June 4 for select counties, including Philadelphia.

In his new role, Caren will oversee the PHLCVB’s efforts to promote and sell Philadelphia for meetings, conventions, sporting events, overseas travelers and group tour visitors. He will also serve as the chief liaison for the PHLCVB’s tourism and hospitality partners, including the Pennsylvania Convention Center, as well as national industry associations, and the City of Philadelphia.

With more than 76,700 hospitality-related jobs in Philadelphia, Caren will have his work cut out. Later this year, several major exhibitions remain on the calendar, including CPhI North America in September, Natural Products East Expo 2020 in September and PAX Unplugged 2020 in November.

When asked what he wants show organizers to know about the move, he told TSE: “This move — for me — is the culmination of a career started in the hospitality industry, with many more years working with venues and DMOs all over the country and world. What made this opportunity stand out was the ability to bring all that experience in so many markets to my hometown. I treasure so many industry relationships and fully expect to continue those with a Philadelphia focus for this next chapter in my career.”

ASM has yet not named a replacement for Caren.