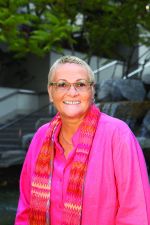 Alexandria, VA – The Convention Industry Council (CIC) has named the five honorees who will be inducted into the prestigious CIC Hall of Leaders later this year.

Patricia Farias Barlow, CEO of the Puerto Vallarta Convention Center in Mexico, was nominated by the International Association of Exhibitions and Events. She will be inducted into the Hall of Leaders on October 13 in Las Vegas.

She will be joined by Amy Spatrisano, former principal of MeetGreen and the nominee of the Green Meetings Industry Council; Craig Smith, former president of Freeman Audio Visual, Inc., nominee of the Exhibition Services and Contractors Association; Jane Schuldt, founder and president of World Marketing Group, Ltd., who was nominated by the Society of Incentive Travel Excellence; and Larry Luteran, former senior vice president of group sales and industry relations at Hilton Worldwide, who was the nominee of Meetings Mean Business.

Joining the Hall of Leaders Class of 2015 is the latest recent honor for Farias-Barlow, who has spent more than 30 years in the trade show industry. She was named the 2012 “Legend of the Industry” by IAEE, 10 years after serving as the chair of the association’s board of directors.

Farias-Barlow has also served as president of Meeting Planners International’s Mexico chapter and was founding president of AMPROFEC, the Mexican Association of Trade Show Managers. She graced the cover of the December 2012 issue of Trade Show Executive and was the guest of honor for the same issue’s Power Lunch column.

Rafael Hernandez, another familiar face in the Mexican exhibitions industry, was named a recipient of this year’s CIC Pacesetter Award. Hernandez is publisher and CEO of Latin American Meetings, who also was featured in Trade Show Executive’s Power Lunch, in August 2011. He will be honored along with Kinga Socko of the Polish Convention Bureau, and Kate Patay, executive vice president of sales & marketing for Creative Coverings.

The Pacesetter Award was established in 2012 to spotlight individuals who were currently making an impact on the industry. The Hall of Leaders, which now includes 114 members, honors lifetime achievements.