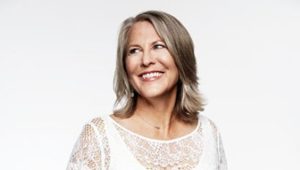 DALLAS – Some of the venerable names at Freeman have switched boardroom chairs, and a fresh face from outside the trade show industry was installed as President of the rapidly evolving company, it was announced March 21.

The rearranging of the executive suite included the promotion of Vice Chair Carrie Freeman Parsons to Chair, replacing her father and industry legend Don Freeman, who will become Chairman Emeritus this summer.

Don Freeman took a leadership role in the 1970s in the company his own father founded. He has served on numerous industry boards and committees and has received multiple lifetime achievement awards.

“I couldn’t think of a better person to help guide this company forward into the future,” Don Freeman said. “Carrie has immersed herself in Freeman over the years, embodying our core values, contributing greatly to our overall business strategy, and showing a true passion for this company. I am proud and honored to have her continue our family legacy.”

Freeman Parsons will formally become Chair of Freeman on July 1. Joe Popolo, previously CEO of Freeman since 2008 and more recently named CEO of The Freeman Company, will be stepping back from the day-to-day business and focusing on his role with the board. Joe will continue to support the business in specific areas and provide valuable insights for board-level decisions.

“We can’t thank Joe enough for his contributions to Freeman these past 22 years,” Don Freeman said. “During his tenure, he has helped triple the size of Freeman, led our global expansion and the rebranding of our businesses, and helped us grow significantly in the experiential-marketing space.”

Bob Priest-Heck has served as both President of the Freeman Company and CEO of Freeman. Priest-Heck has been an influential and driving force behind Freeman’s transformation from a nuts-and-bolts general services contractor to a full-service purveyor of event technology and data-driven planning and strategy services.

At the same time, Freeman remains a top-tier contractor for the move-in, move-out of trade shows. Freeman was the general contractor for 58 shows from the most recent Trade Show Executive Gold 100.

Freeman’s evolution continued this year with the acquisition of the high-profile event marketing firm mdg and the launch of Freeman Data Solutions. The latter is a package of software that gives show organizers various data analytics tools that will assist them with attendee acquisition, retention and engagement.

The trend will get a boost from Phil Molyneux, who joins the Freeman Company as its new President. Molyneux comes from the electronic technology industry, where he was President and COO of Sony Electronics, and was most recently Director of the Board of Control4 Corp.

“Event marketing is evolving into a data-driven industry — as proven by our recent Data Benchmark Study — that will benefit from Phil Molyneux’s deep-domain, technological expertise and brand knowledge,” said Priest-Heck. “Phil’s ability to extract key insights and use those insights to impact growth will give our clients a more streamlined return on investment and redefine what it means to partner with Freeman.”