Navigating Diversity: Gestures Are Not Enough 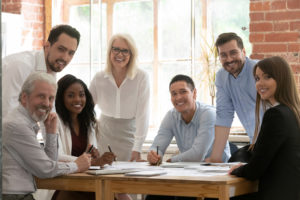 From coast to coast — and in cities all around the globe — protests against police brutality and racism continue. It’s a stressful and emotional time for employees and an important moment for companies to explore whether their words and actions are truly in sync, says leadership coach Angela Scalpello of The Scalpello Group. No stranger to the trade show industry, Scalpello served in various roles at UBM including SVP of Organizational Development. Here’s what she had to say.

“Organizations cannot be silent because their silence will be viewed by employees as either complicity or ignorance,” Scalpello said. “I don’t think any organization wants to be painted with that kind of brush.” However, she warned against what she refers to as “virtual signaling” — sending signals that your intentions are in the right place but not actually doing anything to effect change. “We need to address diversity like we really mean it and take real actions,” she added.

As an example, companies regularly turn to their Directors or VPs of Diversity and Inclusion at times like these. “That, to me, runs the risk of an organization putting the response in its entirety on a single person. It’s like thinking that the Human Resources Director is responsible for a company’s culture. The entire organization is responsible,” Scalpello said.

Instead, she encourages companies to create a dialog around diversity: “We need to have the kind of conversations that create shared solutions instead of getting into positional discussions where one person is trying to get others to adapt to his or her point of view.”

Scalpello had several ideas as to how change the complexion of the trade show industry as well.

For one, if you are choosing a speaker or hosting a panel (which are notorious for being made up of the white men who reside at the top of their companies), why not point out the lack of diversity to the decision-maker? “You can say you are not comfortable having just white men on a panel because it’s not representative of the industry,” Scalpello said. “Ask him if he would be open to having more women and explain that it’s in his own self-interest because 60 percent of this industry is made up of women.

“It’s ok to create awareness and say, ‘I don’t think this is in the best interest of your brand.’”

Once again, Scalpello emphasizes the importance of actions in paving the way for real diversity — racial and gender — in this industry: “Why are we not reaching out to black colleges to help students of color learn about this industry and how to position themselves in it? Or creating scholarships for people of color or other marginalized groups?

“We need to finally understand all that people of different genders and ethnicities bring to an industry — all those different experiences.”

She ends with this observation: “When women got the vote in this country, we couldn’t vote to give ourselves the vote. We had to get men to be on our side and use their power and privilege to help us. “It’s the same thing now regarding diversity. We need to use our privilege and power to help people who have been denied opportunities because the systems have been created to not include them.”