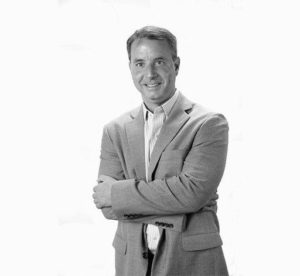 CHARLOTTE, N.C. – The association that runs two key trade shows in the supply-chain industry brought in veteran exhibitions executive Daniel McKinnon to take over the portfolio later this year.

“Daniel is stepping into some big shoes,” MHI CEO George Prest told Trade Show Executive. The long lead time will give McKinnon time to “shadow Tom for a while” in the run-up to ProMat, which runs April 8-11 at McCormick Place in Chicago. But McKinnon’s learning curve might not be too steep given his rich track record in trade shows.

“Daniel has some great experience in the field,” Prest said. “We are very strategic about what we are doing.”

McKinnon has spent more than 27 years in the industry. He was most recently Vice President of Global Client Solutions for FreemanXP and has held Vice President positions at Access Intelligence, 1105 Media and Messe Frankfurt, Inc. He was also Executive Director of International Development for AmericasMart Atlanta, Inc.

McKinnon is also Immediate Past-Chairperson of the International Association of Exhibitions and Events, and a member of the Center for Exhibition Industry Research Board of Directors.

“I am honored to be joining MHI at this critical time of rapid growth and development,” McKinnon said in a written statement. “I look forward to working closely with the MHI team and our members to add value and further the MHI mission.”

McKinnon is also joining MHI at a good time for the association and for the overall supply-chain and logistics sector.

The surge in e-commerce, international trade and automated distribution centers has boosted the need for new technology such as that on display at ProMat and its sister show, MODEX. Prest said, “Virtually all of our members are running at record levels; we are coming up on our largest ProMat since the late 1940s.”

Along with ProMat, the MHI team organizes MODEX. The two shows are biennial and are held in alternating years. The space draw for MODEX 2020 was held in December and nailed down a show record 300,000 net square feet of exhibit space. MHI also formed a new industry group in December for robotics companies, which dovetails with Automate, which co-locates with ProMat. “The technology in our industry is into everything,” Prest said. “And robotics is becoming bigger and bigger as it becomes more cost effective.”

“Daniel is committed to the exhibitions and events industry and will leverage his extensive experience and skill set to drive growth and deeper engagement at our ProMat and MODEX events,” said Prest. “His experience will be a tremendous asset to MHI as we continue to expand our trade events and promote the benefits of face-to-face interaction in our industry.”