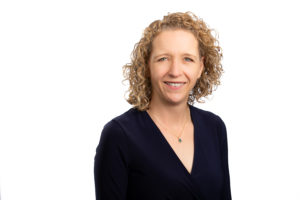 LAKEWOOD, Colo. — Marijuana Business Daily (MJBizDaily) Co-Founder and CEO Cassandra Farrington is shifting roles at the privately held B2B media company that produces MJBizCon, an annual event that attracted 27,598 attendees and 1,028 exhibiting companies to Las Vegas in December 2018. Farrington will step aside from her role as CEO on Jan. 1, but she will continue to serve as Board Chair and help guide the long-term vision of MJBizDaily. Chris Walsh, Founding Editor and President of MJBizDaily, will become CEO, taking over the day-to-day management of the company.

“I am not leaving MJBizDaily, but my role will be shifting as the company enters into its next phase of growth,” Farrington told Trade Show Executive. “We are at an inflection point, and this plan has been about one year in the making. We have expanded and up-leveled the leadership team, and I will now be able to focus on setting up a formal board and framework for our long-term vision for the company.”

A former VP at Citigroup, Farrington launched MJBizDaily in 2011 when the cannabis industry began to form as states across the U.S. legalized the sale of marijuana for medical and recreational use. She saw a need for reliable, unbiased news coverage and market data in the emerging industry that didn’t yet have the infrastructure for businesses to make connections.

Under Farrington’s leadership, MJBizDaily has grown into an industry leader with nearly 90 employees, an event portfolio spanning North America, Latin America and Europe, and an editorial division that is a source for news and analysis. The company’s flagship event — MJBizCon — has grown from a couple hundred attendees at the first gathering in 2012 to an expected 35,000 attendees when it’s held Dec. 11-13 at the Las Vegas Convention Center.

“Both for me personally and for the business, the time is right to hand over the reins,” Farrington said. “I’ve worked closely with Chris and the leadership team over the past year to ensure that we have the right people in the right seats to take the business forward even more successfully, and to lay out a path for the next phase of my own contributions to the long-term opportunities ahead for MJBizDaily.”

As Founding Editor, Walsh joined MJBizDaily ahead of the company’s launch to build the audience, content strategy and brand. He has been overseeing the company’s key revenue divisions since early this year as President.

“I would not be making this move if I did not have complete confidence that the business will be even more successful — strategically, culturally and financially — under Chris Walsh and the existing leadership team,” Farrington said.

“Cassandra is a true pioneer,” Walsh said. “She was among the first crop of entrepreneurs who took on great risks in the early days of this industry, which operated in a cloud of uncertainty and had a huge stigma attached to it. While corporate America was laughing at this little movement, she went all in. I am committed to upholding her vision, scaling the business and ensuring the company she created continues to play a leading role in helping the industry thrive.”

Farrington told TSE she will continue to serve on the board of the Society of Independent Show Organizers (SISO).