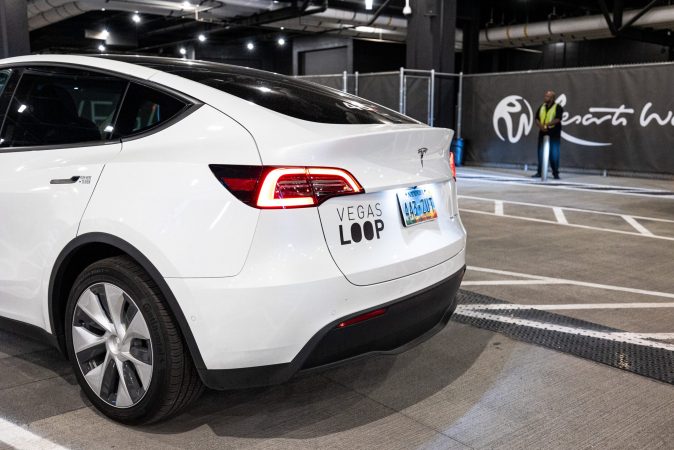 The LVCC Loop is an underground public transportation system boasting zero emissions as it transports convention and trade show exhibitors and attendees nonstop, connecting the LVCC’s West Hall, which debuted in 2021, with the existing North, Central and South halls, and now looping in Resorts World, as well. The system is designed to transport more than 4,400 event attendees per hour across the LVCC campus.

“Today marks a monumental moment not only for our resort, but for Las Vegas,” Scott Sibella, president of Resorts World Las Vegas, said. “Our passenger station will make a visit to our resort from the Las Vegas Convention Center easier than ever, and eventually connect us to key destinations throughout the city.”

Related. The First Stop on LVCC Loop Should Be Operational by the End of April

The Resorts World Las Vegas passenger station is the first of over 55 stations anticipated to form the Vegas Loop, which includes the LVCC Loop and aims to eventually transport thousands of passengers per hour throughout the resort corridor. Elon Musk’s The Boring Company is building its Vegas Loop beneath the Strip’s main artery. The transportation system, which is still under construction in phases, is slated to have future service extensions along the Strip and Downtown Las Vegas along 29 miles of tunnels.

“Resorts World Las Vegas strives to transform the way people experience Las Vegas, and this offering does just that,” Sibella said. “We are proud to partner with The Boring Company on what we believe to be the future of travel.”

Hours of operation for the Resorts World Las Vegas Passenger Station will vary based upon the LVCC trade shows, events and convention calendar.