Paris, France – Kai Hattendorf (44), who runs the digital business operations of the German show organizer Messe Frankfurt, was named the next managing director of UFI, the Global Association of the Exhibition Industry. 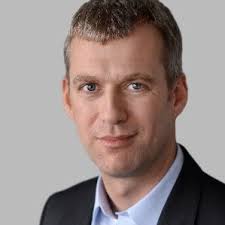 Hattendorf, currently vice president, digital business & entertainment for Messe Frankfurt, will replace Paul Woodward, who is stepping down as managing director of UFI in November.  Hattendorf will be responsible for daily management of all UFI activities and for the teams working in its three offices in Paris, Hong Kong and Sharjah.

“His experience at one of the world’s leading exhibition companies and as a seasoned communications professional will be critical in leading UFI on to address the challenges and opportunities our industry faces,” said UFI President Andres Lopez-Valderrama.

Hattendorf joined Messe Frankfurt in 2007. For the past eight years, he has been in charge of corporate communications for the company, and in April was given the additional responsibility of implementing the company’s strategy as part of a restructuring of the Entertainment, Media & Creation division. “We congratulate UFI on this appointment,” said Wolfgang Marzin, president and CEO of Messe Frankfurt. “With Kai Hattendorf, the association will have a renowned communications and digital expert with an extensive knowledge of the international trade fair industry at its helm.”

Hattendorf said the pace of change in the trade show industry was “accelerating,” which enhanced UFI’s role as a resource for global show organizers. “As the global voice of our industry, UFI is in a unique position to support its members all around the world in addressing these changes,” he said.

Hattendorf was one of the candidates from 15 countries considered by UFI and the international search firm, Heidrick & Struggles. He will join UFI in the Fall prior to Woodward’s departure.

Messe Frankfurt is one of the world’s leading trade show organizers with an estimated 550 million euros in sales and more than 2,200 employees worldwide. In 2014, Messe Frankfurt organised roughly 120 trade fairs, of which more than half took place outside Germany.

Hattendorf’s replacement has not been announced.