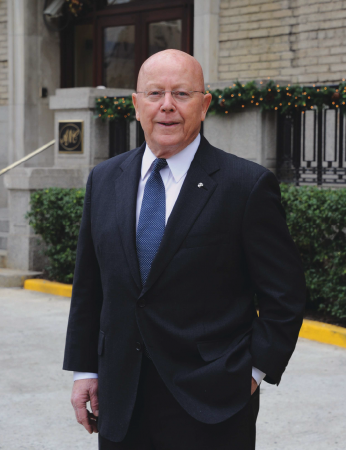 ALEXANDRIA, VA – Jim Bracken, the past Chairman of VNU Expositions and longtime industry leader, passed away at his home in Alexandria, Va., on Jan. 18, with his wife Judy at his side. Bracken joined the trade show industry in 1984 after completing 26 years in the Marines, retiring as a colonel.

Bracken initially worked for, and then purchased, Capital Convention and Exhibit Company in the Washington, D.C., area, which produced the annual Marine Military Exposition. Bracken sold it in 1993 to Bill Communications, which was acquired by VNU and changed its corporate name to Nielsen in 2007 (Emerald Expositions today). Bracken was Nielsen’s first Exposition Division president from 1993 to 2001 and served as Chairman until 2004. He was an early advocate for the formation of the Society of Independent Show Organizers (SISO) and served as its chair in 2004.

Bracken’s Marine Corps service included tours in Guantanamo Bay during the Cuban Missile Crisis, and two deployments in Vietnam – one “short term” in 1964 with a U.S. Army Special Forces A Team and a longer term from 1968-1969 with the Marines in Danang. During his time in the Marine Corps, he earned an MBA from Pepperdine University and attended the Advanced Management School at Harvard Business School – “on the government’s dime” – he liked to say. 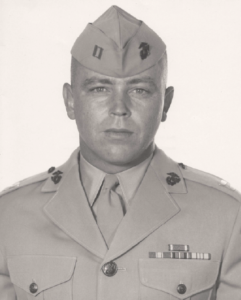 Bracken’s achievements in the Marine Corps followed him into civilian life and his career as a trade show organizer. His management style, developed as a Marine, was leaders are made, not born. “The Marines taught me to be fluid and upfront with a disciplined, focused approach. Their mantra is to adapt and adjust to the hand you are dealt and get it done. After having had decent success with this approach during my service, it naturally became part of me,” he said in a cover story that appears in the January 2012 edition of 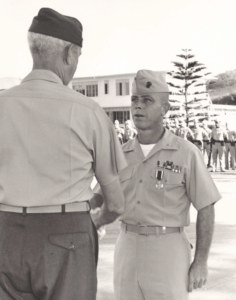 Charlie Baisley, Senior Director, Business Development, Trellix, a cybersecurity company, said Bracken is his mentor. “Coming out of the Marine Corps in 2007, it was not the best time to be exiting the military. Hundreds said they would help but there was only one who kept in touch, looked out for me, gave me a call and offered me a job. That was Jim. He told me, ‘You are not going to fail as I will not let you.’ He was a unique soul who pushed so much positivity in the world in his own way. He loved the business of trade shows, loved The Army and Navy Club, loved his family, loved the Marine Corps and just loved people.

Industry leaders reacted to the news of Bracken’s passing.

“This is a tough one because Jim was such a great guy. He was a friend to everybody and an impressive leader who cared deeply about the military as well as the trade show industry. He talked at everyone’s level, from the guy sweeping the floor to the CEO,” Ken McAvoy, Executive Vice President of Corporate Development for the North America region of Informa and President of South Florida Ventures, said.

“Jim was a great friend to me for many years, I will miss his humor and wisdom. Jim could be best described as a person who viewed everyone as a friend. He treated everyone with respect and in return he received the same,” Rick Simon, President and CEO, United Service Companies, said.

Bracken is survived by his wife, Judy, three sons, 10 grandchildren and two great-grandchildren.