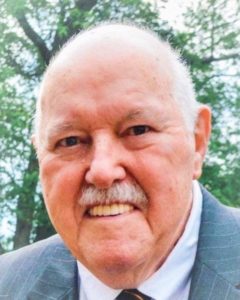 RAMSEY, NJ — Gerald “Jerry” Kallman Sr., 89, Founder and Chairman Emeritus of Kallman Worldwide, Inc., passed away on May 20. After joining what is now known as the International Association of Exhibitions and Events (IAEE) in 1981, Kallman served on the IAEM Services Board of Directors in 1996 and on the IAEM Board of Directors in 2000. He was awarded IAEE’s highest honor, the Pinnacle Award, in 2001.

“I met Jerry Kallman in my early days at what was then IAEM,” said IAEE COO Cathy Breden. “One of the traits I loved about Jerry is that when he talked to you, he listened, and he genuinely wanted to know about you as a person. He was a mentor on all things international. He served on two different IAEM boards and 10 different committees and task forces. When he was unable to make a call, he would apologize and follow up after asking what he missed! He also served on the CEIR Research Council. I do not say this lightly — Jerry was a great man; smart, kind and caring, giving back to humankind.”

In 1961, he founded Kallman Associates, a one-man consultancy firm that became Kallman Worldwide, Inc., an international trade show management company that today serves exhibitions in a variety of industries, including aerospace and defense, security, food and agriculture, health and medical, maritime, mining, and oil and gas. Since his first international trade show in 1964 — the inaugural Electronica event in Munich, Germany — Kallman spent a lifetime representing U.S. companies at trade fairs, and recruiting them to exhibit.

Fostering trade between the U.S. and Germany for nearly four decades, Kallman represented the German State of Bavaria and the Munich Trade Fair. For his work, he earned the Key to the City of Munich and the German government’s Federal Cross of Merit, an honor given to non-German citizens. Over the years, he partnered with the Bryan Montgomery Group, Overseas Exhibition Services (OES), Reed Exhibitions and other major international trade show organizations around the globe.

“Jerry was a superb guy to work with and an international trailblazer,” said Peter Nathan, a retired show organizer and former President of PWN Exhibicon International. “We partnered to produce and sponsor a medical exhibition in Cuba in 2000, and he handled the logistics of getting exhibitor materials in and out of Cuba.” That historic event, the U.S. Healthcare Exhibition in Havana, drew 300 exhibitors from 97 companies and 8,000 Cuban medical professionals. The partners broke new ground by producing the first U.S. trade show in Cuba in 40 years.

In 2008, he established the Ridgewood Rotary Foundation dedicated to supporting the Kishermoruak Primary School in the Maasai Mara Reserve in southern Kenya. He and his wife, Lorraine, were regular visitors to the school and oversaw the allocation of donations that supported the feeding, fresh water, medical treatment, shelter and education of some 600 local children.

Related. In memory of our Founder, https://www.kallman.com/news/memory-our-founder

Kallman is survived by his wife of 43 years, Lorraine; daughters Meg, Kathy and Ann and sons Jerry Jr. and Tom and their families. The family suggests that any donations be made to the Ridgewood Rotary Foundation’s Kishermoruak Primary School. https://www.paypal.com/cgi-bin/webscr?cmd=_s-xclick&hosted_button_id=CTSTN7L6NF5QL&source=url 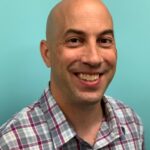