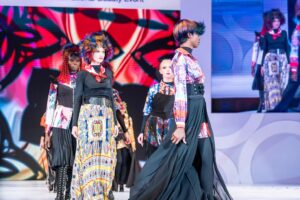 MIAMI — Informa Markets’ South Florida Ventures portfolio has added a feather to its cap of luxury lifestyle brands by acquiring Premiere Orlando, the largest beauty show in the U.S., and its sister shows, Premiere Birmingham and Premiere Columbus.

The Orlando show, which has made the Trade Show Executive Gold 100 12 times and the Fastest 50 twice, was founded more than 30 years ago by Howard Britt. In a 2019 interview with TSE, Britt described how his experience in the restaurant business and as a beauty distributor led him to that decision. “That experience gave me a lot of insight about the industry and what was needed. One day it was like, let’s start a show!” he said.

His idea took off, and along with its regional counterparts, Premiere Orlando features major brands such as Conair and L’Oreal. Held each year at the Orange County Convention Center, the show takes up 350,000 net square feet of exhibit space, hosts 400 educational sessions, and attracts 25,000 professional attendees ranging from spa and salon owners to cosmetologists and makeup artists.

Related. The Show Must Go On: Many Early 2022 Shows Moving Forward

“We are thrilled to add Premiere Show Group to our portfolio,” Ken McAvoy, President, South Florida Ventures, Informa Markets, said. “Under Howard’s leadership, the Premiere team has grown these shows to incredible heights. Premiere Orlando is a perfect fit within our community of art, boating, yachting, powersports and jewelry shows in the region, and we are so pleased to bring these shows and this talented team on board to reinforce our commitment to the Florida region.”

Related. Beauty Secrets: How Do You Build One of the Beauty Industry’s Biggest Shows?

“Howard Britt is well known in the trade show industry and he was often approached by the top trade show producers to sell his Premiere events,” Nick Curci, President of Corporate Solutions, who brokered the deal, said. “After being introduced to Howard by one of my previous clients, I had the pleasure of getting to know him very well over the course of the six-month period of the transaction process, and I quickly developed a level of appreciation and respect for what he had accomplished.”