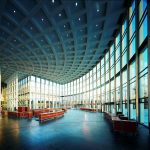 BERLIN — The trade fair industry in Germany has united in demanding immediate attention from the government so that they can get back to business.

Last May, the German government officially excluded exhibitions from the category of “mass gatherings,” giving states the authority to move forward with trade shows. Little has been done in 10 months to turn that decision into a reality nationwide, including the creation of universal safety standards for fairs held in Germany.

In an official statement, the Association of the German Trade Fair Industry (AUMA) pointed out that the recent opening up of the retail sector should also mean that trade fairs should be permitted because they have similar business processes and physical layouts. In addition, trade fairs help stimulate economic activity in the retail industry.

“Trade fairs are instruments for initiating business, presenting innovations and negotiating cooperation,” said Philip Harting, Chairman of AUMA. “This is especially true for small- and medium-sized companies, the backbone of the German economy. These companies in particular have suffered considerable economic losses due to cancellations.”

Last fall, the federal states issued ordinances with detailed safety regulations for trade fairs, and, based on this, more than 20 fairs were held successfully. These regulations need to be reactivated, says AUMA.

Kai Hattendorf, CEO of UFI, the Global Association of the Exhibition Industry, says the German government has prolonged the pandemic-enforced coma of the German trade show industry, not offering any perspective for a timeline toward reopening. “This leaves Europe’s largest exhibition market in the dark until at least March 22, when events may be on the agenda of the next scheduled government meeting. Citing the lead times for exhibitions, German industry experts are no longer expecting relevant trade show business to take place in the first half of the year,” he said.

“We support AUMA and our German members’ efforts to reactive the exhibition industry as soon as possible and urge the German government to take positive steps,” Hattendorf said.

Recent happenings throughout the rest of Europe can serve as a model. “Across Europe, national governments are following a variety of approaches toward exhibitions and business events,” said Nick Dugdale-Moore, UFI’s Regional Director Europe. He added that Russia has been successfully hosting exhibitions and business events since the beginning of the year. In Spain, the national government has committed to supporting Madrid-based FITUR in May, and ISE and MWC confirmed that they will go ahead as in-person events in the 2nd quarter in Barcelona.

“British show organizers report strong signups for shows after the summer since the U.K. government issued a plan that gives guidance for large-scale events to resume after June 21, given that certain pandemic milestones have been met,” said Dugdale-Moore. “In Holland, the industry is working closely with the authorities there to ensure a speedy return, having successfully completed two pilot events in the past weeks.”