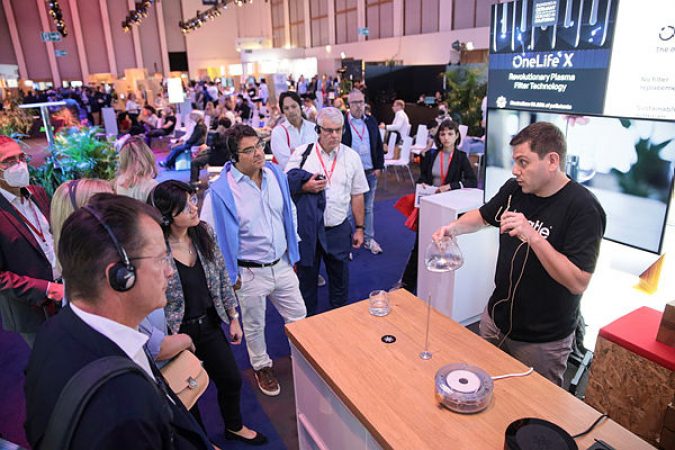 BERLIN — After a two-year hiatus, IFA, Europe’s biggest tech show, turned heads this week in Berlin, featuring many fascinating new products from the major players in the fields of consumer electronics and home appliances.

IFA is the place where it all happens, and this year’s show did not disappoint. LG and Samsung launched new TVs, Honor and Huawei new smartphones, and Asus and Lenovo new generations of laptops with flexible screens. Also introduced at the show was LG’s new MoodUP technology, which lets users create a motif for their kitchens with color-changing LED door panels that also flash to music. Smart technology, from intercoms to thermostats, was everywhere, as were energy-saving and efficient devices.

Related. CES Marches On Amid Omicron, Shows the World How It’s Done

Attendance was strong, an accomplishment considering ongoing travel restrictions throughout Asia. More than 161,000 people passed through the doors at Messe Berlin during the five-day show, held Sept. 2-6. According to show organizers, industry professionals and trade visitors made up a higher proportion of all attendees than in pre-pandemic years. Exhibitors represented more than 1,100 manufacturers and brands from 46 countries; many reported a high number of appointments and orders, despite current supply chain issues.

Also returning was IFA NEXT, the show’s platform for start-ups, where innovative companies and research institutions come together to present their ideas for the markets of the future. The show organizer for IFA, gfu, operates under the name gfu – Consumer & Home Electronics GmbH. It was founded in 1973 as the Society for the Promotion of Consumer Electronics in Germany.

“After the pandemic-related break, IFA made an impressive comeback with the most important trends for products and solutions in the fields of consumer electronics and home appliances as well as related industries, especially in the area of sustainability,” Dr. Sara Warneke, gfu’s Managing Director, said. “It was once again the proven meeting place for industry and trade, trade visitors, the media and, of course, consumers.”