Global Exhibitions: Revenue Projections for First Half of Year Fall Short of Expectations 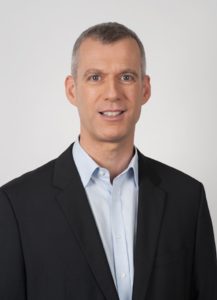 Paris — UFI, the Global Association for the Exhibition Industry, has released the latest edition of its biannual Global Barometer survey. One of the key findings is a weaker performance for the first half of 2019 in terms of revenue growth projections compared to 2018, although the overall trend for revenue remains positive. The report is based on survey data from a record 322 companies in 57 countries and regions, according to UFI.

“Six out of 10 companies globally expect a return to robust levels of turnover growth for the next 12 months, showing resilience against the weakening global economic growth,” UFI CEO Kai Hattendorf told Trade Show Executive. Despite the slowdown in revenue growth projections overall, many core markets in the world show consistently strong performance and growth opportunities, he added.

Here are other key findings from the Global Barometer survey:

• The state of the economy at home, global economic developments and competition within the industry remain the top three issues.

• China, Germany, India, Indonesia, Italy, Mexico, the U.K. and the U.S. are identified as the exhibition markets currently most advanced in digital transformation.

UFI’s Global Barometer survey has been measuring the pulse of the exhibition industry since 2008. The complete results of the most recent survey, a 65-page report that includes detailed analysis by region, can be downloaded at www.ufi.org/research.