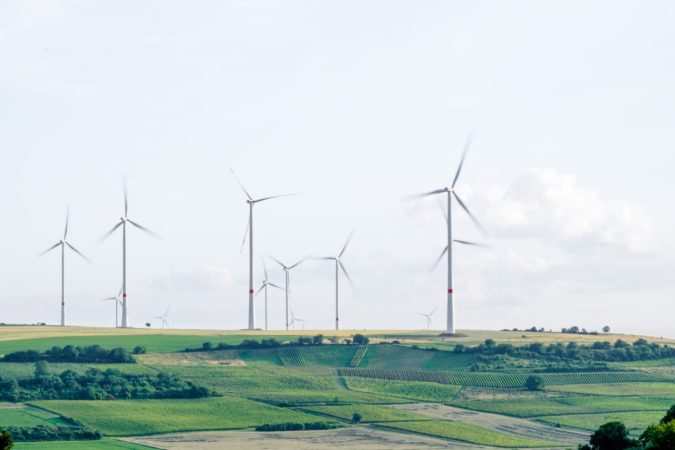 WASHINGTON, D.C. – In the wake of the challenges and disruption created by the pandemic, the events industry has moved to address the critical need to move to a more sustainable, low-carbon economy.

“As events began their tentative return following worldwide vaccination, sustainability took a big hit,” Heather Farley, SISO Board Representative and COO of Access Intelligence said. “At first, everything was prepackaged and disposable because the emphasis was on health and hygiene.” But following the transition period over the last year, things look more like before, and this, she adds, could offer future growth opportunities for an industry ready for change.

But doing the right thing has economic implications, too. Today’s organizations are understandably nervous about associating their brands with unsustainable practices that might inspire a Twitterstorm, said Ben Wielgus, Informa, Head of Sustainability, during a recent SISO webinar to discuss the just released report, “Finding the Future, Together.” The report, a collaboration between 14 organizations gathered from across the sector, identifies key focus areas to support the B2B trade show industry’s transition towards a more sustainable, low-carbon economy.

“There’s also a huge upside to doing the right thing,” Wielgus said, insisting this has created the need to collaborate together as an industry.

The task force, created in 2018, includes event organizers, venues, general service contractors (GSC) and associations to collectively address the sustainability challenges best addressed through systemic and coordinated group action. While there is an obvious environmental and social aspect, the project’s ultimate goal is to demonstrate that the industry is taking sustainability very seriously. “Despite the hidden cracks increasingly visible, we are a tremendous force for good,” Wielgus said.

“As with any industry, we have an environmental impact and there is the need and expectation on us to address it,” the report states, adding that the task force hopes others will join in projects such as the progressive Net Zero Carbon Events Initiative that supports transition to a net zero carbon, circular economy-led and responsible events industry by 2030. With 400 signatures from around the world, the initiative offers peer group support, guidance and milestones to achieve,” Wielgus said.

According to the research, the three most important environmental impacts of the U.S. and Canadian B2B trade show industry include:

Carbon: The largest environmental impact comes from greenhouse gas (GHG) emissions from participant travel, venue energy, and logistics, with the study focusing on warehouse-to-venue logistics. “We’re now looking at the carbon footprint of hotels,” said Informa’s Wielgus with plans to help the airline industry tackle its own net zero plans for 2050. Between SISO and other industry organizations, this could create a big opportunity, he said. “And airlines have to do it.”

Waste: Considered the second highest for environmental impact, waste is a big deal, especially at venues, Wielgus admits. Primary waste includes show floor waste, catering and other waste generated during shows and GSC warehouses that provide many of the materials and booths at events. But it’s food that is most often wasted, despite a very large percentage being landfilled. “Every time we throw food away, it’s money thrown away,” he admits. “Do we need 17 different kinds of cups, or can we use just one for ease of recycling?” Wielgus admits that restaurants are better at recycling food waste than venue catering operations. “The question is why?”

Booth construction: Wielgus says that the U.S. and Canada are both very adept at reusing pipe and drape and were among the first to phase out build and burn booths. “Exhibitors are notorious for bringing more materials than they need to trade shows,” he explained, adding that sustainable practices might include the ability to store items at venues between events. “This is the kind of innovation that can save time and money,” he said, and that towards this end, Informa has removed carpet from many of their events. “Look at alternatives,” he advised, such as permanent flooring. “Many exhibitors don’t know what happens to their booths at end of their life cycle,” he says.

Maybe it’s time they did.