Oceanside, CA – TV camera crews, newspaper reporters, magazine writers, bloggers with iPhones. They’re all coming to your trade show in increasing numbers. How ready are you for them? In fact, how ready are you for your own “admittedly friendly” marketing manager who wants you to appear in a video on your show’s web site or for a show promo on YouTube?

The news media, both traditional and digital, presents a tremendous opportunity for show organizers. You are the face of your company and ar 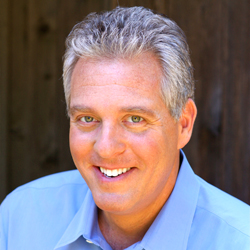 e one of the chief spokespersons for your industry. You are also being called on to appear in videos on industry web sites, media web sites and your own show sites. But without the proper training, that tremendous opportunity can quickly become a huge liability.

Bernheimer has covered some of the most important national news events of our time, including the Monica Lewinsky scandal, the impeachment of President Bill Clinton, the Jon Benet Ramsey murder investigation, the Columbine school shooting and the Oklahoma City bombing trials of Timothy McVeigh and Terry Nichols. He has interviewed numerous political leaders including former Secretary of State Henry Kissinger and various icons in the entertainment industry.

His lively presentation, Inside the Mind of a Reporter, will help Fastest 50 delegates better understand the motivations of the typical reporter, and more importantly, achieve your own objectives when undergoing interviews.

A special opportunity will then be extended to a limited number of Fastest 50 delegates:  the chance to work one-on-one with Bernheimer in private, undergoing realistic on-camera interview drills as an introduction to his media training services.

The private one-hour mini-training session will include:

Fastest 50 attendees will have access to special rates. Outside the Fastest 50, private media training by a top-notch professional can cost $2,500. Bernheimer is extending a Fastest 50 rate of $550. For attendees who register prior to April 2, there are a limited number of sessions available at the reduced rate of $450.

The Fastest 50 Awards & Summit takes place at the Hyatt Regency Chicago on May 20-22. The event will honor the fastest-growing trade shows in the U.S. and those leaders who don’t know the meaning of the words “sluggish growth.”

The Fastest 50 Summit promises to deliver a wealth of great information and ideas for show managers who have earned top positions in their companies and associations. The day begins with keynote speaker Amber MacArthur, author and leading authority on the use of social media and digital marketing in the 21st Century business world.

What the Heck is Happening in Tech will take a fresh look at new technology, new ideas,  and new passages into what’s next for the trade show industry.

Johnnie White, immediate past chairman of PCMA, and executive director of the Center for Education at the Cardiovascular Research Foundation (CRF), will be the featured guest in the Leaders & Legends Power Lunch session at the Trade Show Executive (TSE) Fastest 50.  White will have a fireside chat with host Darrell Denny, senior vice president of business development for Emerald Expositions, and the Fastest 50 audience, in the lively lunch-hour interview and discussion on surviving and thriving in challenging times.

The fast-paced schedule concludes in the afternoon and gives way to the main event of the Fastest 50, the annual banquet and awards presentation.

Trade Show Executive and its stellar roster of sponsors, including title sponsor Choose Chicago, will also provide ample opportunities for networking and socializing on what promises to be one of those classic Spring weeks in the city that is second to none.

To register for the TSE Fastest 50 Awards & Summit, go to  www.tradeshowexecutive.com/Fastest50. Watch for further details about the program that will be announced on the TSE website and via E-Clips Breaking News.