Emerald Tightens its Grip on Winter 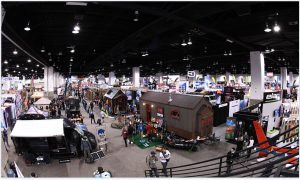 San Juan Capistrano, Calif. – Emerald Expositions aims to be king of the mountain in the Winter sports industry after acquiring the SIA Snow Show, a leading trade show for the ski-and-snowboard industry, from the SnowSports Industry Association (SIA).

The deal will merge the Snow Show into the Winter edition of Emerald’s Outdoor Retailer to create a marriage between two major trade shows that served roughly the same market and took place in the same month. The new event will be called Outdoor Retailer + Snow Show and will debut in Denver in January 2018.

“We haven’t ever acquired a show and integrated with another business in the past,” said Emerald CEO David Loechner. “But this really consolidates the market, plus our position and growth aspirations in the outdoor market.”

The Outdoor Industry Association (OIA) this Spring said that spending in the U.S. on outdoor equipment, clothing and other such products had reached around $887 billion annually, well above spending on everyday necessities such as gasoline and pharmaceuticals. The strength of the market is reflected in the metrics for Outdoor Retailer and the Snow Show, both of which were ranked on the Trade Show Executive (TSE) Gold 100 list of largest U.S. exhibitions.

The two shows, however, reported declines across the board in 2017. The Snow Show saw its exhibit space slip (15.4) % to 235,000 net square feet (nsf) while Outdoor Retailer Winter Market fell (6.5) % to around 397,135 nsf. Outdoor Retailer + Snow Show will take place at the Colorado Convention Center, which has 584,000 sf of exhibit space and is ranked 24 on the most-recent TSE World’s Top Convention Centers.

Marisa Nicholson, Vice president of Emerald’s Sports Group and Outdoor Retailer Show Director, told TSE there was about a 30% crossover rate between shows among the industry’s brands. “There has also been an increased desire among retailers to have a larger crossover of products in their stores, which allows for a broader product offering,” she said.

Loechner said on a May 25 conference call with financial analysts that the acquisition set the stage for a growth spurt for Outdoor Retailer. “We have to work through some integration issues while bringing SIA into the business,” he said. “It will probably be a year or two years, but we will begin to see the benefits of bringing those two (shows) together.”

Some of Outdoor Retailer’s slushy performance in January was likely due to calls by some major exhibitors to boycott the show due to the State of Utah’s efforts to roll back protections for federal lands in the state. The uproar led Emerald and the OIA, the title sponsor of Outdoor Retailer, to refuse to renew the show’s contract for Salt Lake City. Denver aggressively courted Emerald to move Outdoor Retailer to the Mile-High City, which already hosted the Snow Show.

Loechner portrayed the conflict as a political beef that did not reflect the strength of the show or the outdoor industry, and that exhibitors would end their boycott with the move to Denver. “As we see that show relocating, it (exhibitor participation) will return,” he said. “They have told us they are coming back, so I don’t see anything as a lingering effect.”

As for the SIA, its member companies had been urging some type of merger between the Snow Show and Outdoor Retailer in recent years. “A consolidated trade show not only helps reduce the stress on our industry, but also provides a platform that offers more impact for our members to do business,” said SIA President Nick Sargent.

Moreover, the SIA will remain heavily involved in Outdoor Retailer + Snow Show. It will continue to organize the show’s On-Snow Demo + Industry Intelligence Day, which gives buyers an opportunity to take the latest skis and other gear out for a test run on the slopes of a nearby ski resort. SIA will also have a presence on the OIA’s show advisory board, which has a say in long-term planning and pricing for the show. The final result will be the proverbial one-stop show covering the full gamut of Winter recreation.