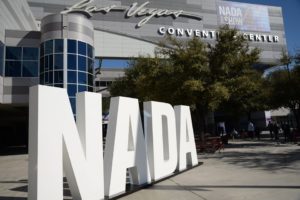 CHICAGO — While the U.S. stock market experienced its sharpest decline since 2008 over earnings uncertainty and public concerns because of the COVID-19 outbreak, several major U.S. trade shows were held this week and last. Trade shows, cities and venues across the U.S. are reporting little to no declines to overall attendance outside of Chinese delegates.

Exhibitors and attendees continue to travel within the U.S, as the Centers for Disease and Prevention (CDC) maintains that immediate health risk from COVID-19 remains low in United States. However, the CDC warns that the potential public threat posed by COVID-19 is high. Within the last few days, the CDC issued travel guidance related to COVID-19 for Italy, Iran and South Korea, advising U.S. citizens to avoid non-essential travel to those countries.

At the National Automobile Dealers Association (NADA) Show, which was held Feb. 14-17 in Las Vegas, organizers did not report an impact. “We monitored the situation,” said Steve Pitt, Senior Vice President, Conventions & Expositions, NADA. “We had more than 22,000 attendees from 42+ countries. We were very pleased with the results, and the show was positive and up beat.” Attendance at the 2020 NADA Show grew 4% year-over-year, up from 20,968 attendees in 2019 when it was held in Las Vegas.

Las Vegas is currently not reporting any attendance declines, said John Schreiber, VP of Business Sales, for the Las Vegas Convention and Visitors Authority (LVCVA). In fact, convention attendance is currently up year over year. “Business travel to Las Vegas remained healthy, with the destination hosting approximately 717,000 meeting or convention attendees in January, a 4.9% gain from last year,” according to data released on Feb. 28 from LVCVA. “This was supported in part by the return of large conventions, including the Homebuilders Show, which drew 65,000 attendees, and the Kitchen and Bath Industry Show, which combined for a total of approximately 90,000 attendees, both held at the Las Vegas Convention Center.” Actual numbers from CES are not yet available.

“We have not had any cancelations or postponements to the trade show calendar to date,” Schreiber told TSE. “As of today, we are holding fast. We’ve reached to all of our clients through June, and there have been no formal requests to postpone or cancel.”

Cities and venues across the U.S. report they are following CDC protocols to prevent the spread of the virus and keep exhibitors and attendees safe.

LVCVA is working closely with the Southern Nevada Health District, which conducts regular emergency exercises with both its public and private response partners. “There are plans in place for responding to an outbreak of disease and guidance for pandemic response,” Schreiber wrote in a letter on Feb. 26 to resort partners and meeting and convention clients. “The Health District successfully implemented these plans during the H1N1 pandemic response in  2009.”

In addition to following all CDC and Health District protocols, the Las Vegas Convention Center has “increased cleaning protocols to include more frequent wiping and disinfecting of touch points in its facility during occupied show hours, such as door handles, elevator buttons, handrails, restroom stall doors and sinks,”  Schreiber said.

As CONEXPO/CON-AGG continues move-in, CHAMPS Las Vegas Winter, a B2B wholesale trade expo serving the smoke shop industry, is moving out of the Las Convention Center, after going on as scheduled from Feb. 25-28. Upcoming trade shows scheduled in Las Vegas include, NAB, ISC, National Hardware Show, ASD, Pizza Expo, Digital Signage and the Nightclub & Bar Show. “At this time, there continues to be no reported cases in Clark County or Nevada, and health authorities have not issued any domestic travel notices, precautions or guidance specific to travel,” Schreiber said. “The impact of COVID-19 on attendance and exhibitors for individual events depends on the mix of international vs. domestic.”

Other destinations, like Orlando, are reporting the same. “We have seen no impact to leisure visitation to date, nor have we had any conventions at the Orange County Convention Center cancel plans,” George Aguel, President & CEO, Visit Orlando, said in email on Feb. 28. “Regarding the potential impact of global travel advisories, it’s important to note that our visitation is largely domestic, and international markets account for less than 9% of our total visitation.”

While U.S. trade shows and cities are attracting a more global audience, total Chinese participation represents a relatively small percentage for most domestic events. For example, Las Vegas drew 236,970 Chinese visitors, or 4.1% of total overseas visitors of 3.1 million in 2018, according to data from the LVCVA, which tracks international visitation at events in the city.

At the same time, a handful of corporate events have had significant impacts. On Feb. 27, Facebook announced the cancelation of the Facebook Developers Conference (F8), scheduled for May 5-6 in San Jose, CA. Last year, the event drew 5,000 attendees. “Given the growing concerns around COVID-19, we’ve made the difficult decision to cancel the in-person component of F8 2020,” according to a statement by Facebook’s Konstantinos Papamiltiadis (https://developers.facebook.com/blog/post/2020/02/27/important-f8-2020-update/).

The RSA Conference, held Feb. 24-28 in San Francisco, reported the total number of exhibitors, including Verizon, that canceled their participation as a sponsor or exhibitor was 14, including six from China; seven from the U.S.; and one from Canada. The show drew 669 exhibitors.

On Feb. 25, the City of San Francisco declared a State of Emergency to begin preparations around any future COVID-19 outbreaks. “This declaration of emergency is all about preparedness,” said San Franciso Mayor London Breed at a press conference. Breed stressed there is no imminent threat and that “we need to allocate more resources to make sure we are prepared.”

According to the RSA website, (https://www.rsaconference.com/novel-coronavirus-update), “The City stated that residents and visitors remain at low risk for becoming infected with the coronavirus and that the number of cases within the City remains at zero.”