CES is Back! The CTA Beat its Own Projections and Draws More Than 115,000 Attendees, Expands on NSF to Showcase the Newest Technology and Trends from Around the World 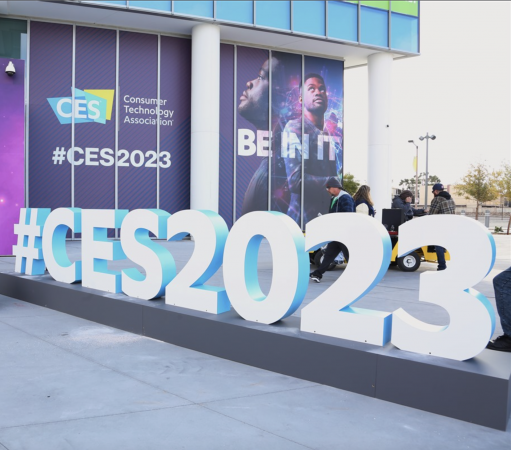 LAS VEGAS — The Consumer Technology Association’s (CTA) annual Consumer Electronics Show (CES) broke through its own projections and brought together thousands of exhibitors and more than 115,000 attendees on the nearly 2.2 million-square-foot show floor Jan. 5-8, for an edition of the show that was more than 70% bigger than last year’s.

CES, the largest consumer technology event, took over the 2.5 million-square-foot Las Vegas Convention Center and other venues throughout the city to showcase the latest trends, products and innovations in the industry. More than 3,200 companies were exhibiting at this year’s show, with 42% of them being new to CES and many taking larger spaces than the previous year. There were 173 countries, territories and regions represented. All the major brands who were absent at the 2022 edition returned for the 2023 show.

This year, there were four curated floor tours, including automotive, start up, health care and the metaverse, which was new for the 2023 show. The Web3/metaverse floor featured activations and focused on how technologies, including for the metaverse and cryptocurrency, can change how people live, work and entertain in an inclusive virtual universe.

“What’s great about CES, it’s where we can see innovations which promise to change our world and make it better,” CTA President and CEO Gary Shapiro said. “Tech advances are helping to solve the world’s greatest challenges, and CES 2023 will set the agenda for the year ahead.”

The booths were engaging and interactive, some of which were a two-floor design, giving the booths a double-decker look. There were at least 10 of the two-story booths according to Freeman, the show’s general contractor, and they maximized the exhibit space by creating a design with two stories for more engagement opportunities, such as meeting rooms and lounges.

Sustainability was another focus at CES 2023, with brands and startups demonstrating how technology can help in sustainability efforts. Technology and products that conserve energy, increase power generation, address food shortages, power smart cities and support access to clean water, among others, were on display at the show.

A record number of Congressional delegates were in attendance, allowing the technology industry the opportunity to show how it does business and how government policy can support them as they continue innovating and creating products and technology that can have major impacts on the world.

For those unable to attend, the registration for the digital venue is still open, which gives access to keynotes, session recordings and exhibitor showcases. Registration is available at https://registration.experientevent.com/ShowCES231/wizard/landing

CES 2024 will take place Jan. 9-12 in Las Vegas, which has already sold more than 1 million square feet of exhibit space and sold out the West Hall.