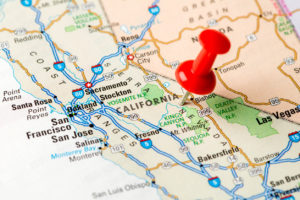 SACRAMENTO — Trade show organizers conducting business in California may soon face new limits in their use of independent contractors under Assembly Bill (AB) 5, which was signed into law on Sept. 18 by California Gov. Gavin Newsom.

Set to take effect Jan. 1, AB 5 states that Californians will be considered employees of an organization unless an employer can show the work they perform meets a detailed set of criteria, known as the “ABC” test established by a California Supreme Court ruling last year.

A worker can only be treated as an independent contractor if the employer can prove:

A. That the person is free from control and direction while performing the job, runs an independent business and has full say over how, where and when they complete the job;

B.  That person has been hired to do something outside of the hiring company’s usual business; and

C.  That person works in an independently established trade, occupation or business.

Supported by organized labor, the new law impacts organizations that rely on freelance or contract work. Employees are eligible for worker rights and protections like the minimum wage, paid sick days, health insurance benefits, the right to unionize, social security, and access to programs such as unemployment insurance and workers compensation. Accordingly, employers are subject to payroll taxes for these workers.

It’s estimated there are 1 million independent contractors working in California, and the misclassification of workers results in an annual estimated loss of $7 billion per year in payroll tax revenue to the state, according to the Division of Labor Standards.

While the bill was likely intended to reclassify some gig economy workers who are employed by companies like Uber and Lyft, other independent contractors — like floor managers and temporary registration, labor and security staff — may also be reclassified. Many professions, including doctors, accountants, architects, real estate agents, travel agents, graphic designers and investment advisors, will not be subject to the employee rules under the new law.

California’s new employment law is one the strictest in the nation, and other states may soon follow suit. It’s important to note that AB 5 gives the state and cities the right to file suit against organization over misclassification. The new law also overrides arbitration agreements that some businesses use to shield themselves from worker complaints.

“Independent trade show organizers and associations that produce events in California may be impacted, even if they are only doing business in the state for a few days a year,” said Mark Roysner, a Calabasas, Calif.-based attorney who specializes in legal issues and business matters related to meetings, conventions, exhibitions, trade shows and special events.

“Consult with an employment law specialist,” he advised. “It raises a lot of questions, and there aren’t a lot of answers at this point. It’s all about the tax revenue for the state, and it’s a lot easier for the state to collect from organizations than individuals. The potential liability could push organizations away from holding events in California.”