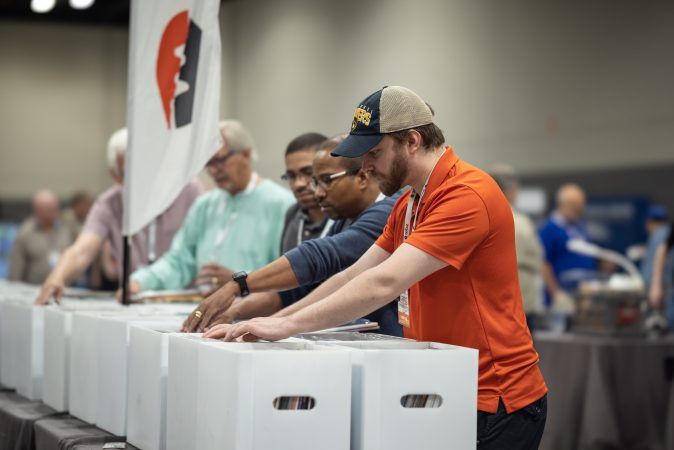 “We had a memorable three days celebrating the return of AXPONA and welcoming back our family of exhibitors, attendees and partners,” Liz Smith, VP, Event Director, AXPONA said. “There was a pent-up demand for the industry and enthusiast community to experience the best in audio live. We are thrilled that AXPONA plays a critical role in serving this industry and look forward to an even bigger AXPONA next year.”

Highlights from the event included the 140 Listening Rooms set up by some of the industry’s premier manufacturers and dealers as attendees were able to experience the best in sound equipment on-site at the trade show. In all, event management reports more than 500 manufacturers and retailers exhibited at AXPONA, including The Sound Organisation, based in Arlington, Texas.

The exhibiting company’s Retail Account Manager John Bevier offered a testimonial following the trade show, “As an exhibitor, we experienced a larger turnout than expected, spoke with eager audio hobbyists finally unleashed from COVID’s tight grip, caught up with dozens of industry friends, and enthusiastically confirmed that we wouldn’t want to give our life’s work to any other industry.”

Another popular spot at AXPONA was the Exhibit Hall, home to the Record Fair, which showcased a variety of equipment such as turntables, tonearms, cartridges, racks and other accessories, as well as vintage vinyl. Car audio was also part of the Exhibit Hall showcase for the first time. Ear Gear Experience, located in the convention center’s ballroom, featured headphones, cables and more.

AXPONA  attendees were also treated to a live concert series as well as a full schedule of educational seminars with guest speakers who ranged from audio industry professionals to media personalities.

AXPONA 2023 will return to the Renaissance Schaumburg Convention Center and Hotel from April 14-16, 2023.