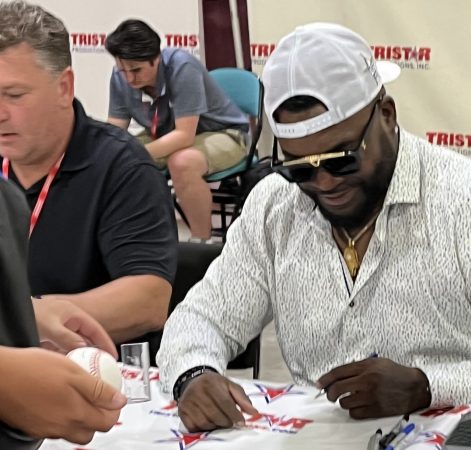 ATLANTIC CITY – The future of the trade show industry is in the hands of the millennials and Gen Z. Data shows younger audiences are willing to prioritize exceptional, engaging experiences, which is exactly what the National Sports Collectors Convention (NSCC) recently offered at the Atlantic City Convention Center (ACCC). The annual five-day event, which took place this July 27-31, was the convention’s 42nd iteration and its largest since 1991. The ACCC hosted the convention in 2016 and was scheduled to host it again in 2020, but it was rescheduled due to the pandemic.

“The 42nd National was by all accounts one of our most successful events, as the attendance was the second largest in the history of the show,” John Broggi, Show Manager of the NSCC, said. “The Convention Center’s location allowed us to promote to a large population base within a reasonable proximity to Atlantic City. The result was a huge number of first-time attendees – 54% of those completing a survey on our website indicated that 2022 was the first National they had attended.”

This year’s show exemplified another trend – a business-to-business show combined with a business-to-consumer show.  “We hit it out of the park,” Larry Ross, a trade show consultant who worked the show, said. “There was record attendance and record sales.”

Interest in sports memorabilia soared during the pandemic as people cleaned out closets and rediscovered their sports cards. “This really helped the industry,” Ross said. “People started to realize what they were sitting on. There was a time this was a show that attracted older men predominately. That is no longer the case. The show floor was buzzing with younger kids. Plus, the crowds were impressive, and they were there to spend. All the dealers I spoke with said they hit record sales numbers.”

Related. What Trade Show Organizers Can Learn from the MLB’s “Field of Dreams”

The 2022 NSCC was the largest event held at the ACCC and Jim Whelan Boardwalk Hall in the last decade, according to OVG360’s Jim McDonald, General Manager of the ACCC. The event utilized all the exhibit halls and meeting rooms, totaling over 500,000 square feet of space, which exceeded its 2016 footprint by more than 100,000 square feet. “Attendees and exhibitors from all over the world traveled to the city, booking over 11,000 room nights, enjoyed the beaches, gaming, restaurants, shopping and nightlife,” McDonald said.

Atlantic City’s famous boardwalk, restaurants, entertainment venues, and casinos were bustling. “It was a pleasure working with the 42nd NSCC and contributing to the overall success of the show,” Jim Ziereis, Vice President of Sales, Caesars Entertainment Atlantic City, said. “Tropicana, Harrah’s and Caesars Atlantic City were included in the show’s official block providing an opportunity for us to showcase all that is new in Atlantic. Our restaurants and bars were buzzing with all the sports celebrities with the recent opening of so many new outlets.”

According to Meet AC and Atlantic City Sports Commission President and CEO Larry Sieg, “The five-day event exceeded expectations for attendees and exhibitors alike with a grand slam. This event is Atlantic City’s largest consumer event and boosted the destination with over $20 million in projected economic impact. We look forward to the opportunity to host the NSCC in Atlantic City in the future.”

The 2023 National will be held in Chicago, as OVG360 and Meet AC continue to work with event organizers to host a future event at the ACCC.