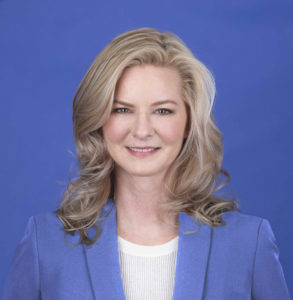 “Gabi has demonstrated thoughtful vision, leadership and business savvy in her dual role as editor and publisher over the last two years,” said TSE Chairman Richard “Rick” Simon. “She has taken the magazine, its events and partnerships to the next level and set us on exciting new paths as we celebrate our 20th anniversary year.”

Under Weiss’s leadership, TSE has won several prestigious journalism awards, including being named finalist for the 2019 American Society of Business Publication Editors’ (ASBPE) Magazine of the Year award, a first for TSE and took home their National Magazine Top 10 Award. She has expanded the magazine’s portfolio to include the Women to Watch and TSE Trailblazers programs and has also launched the TSE Talks podcast series — part of an effort to give readers multiple touch points with the brand, including print, digital, social, video, audio and data resources.

On the business side, Weiss has led the strategic expansion of partner and sponsorship initiatives to strengthen the brand’s business goals through its positioning as the leading platform for trade show executives and the trusted voice for the trade show industry.

In her new role, Weiss plans to further those objectives. “Future initiatives are under wraps at the moment,” she said, “but we will continue to build on the momentum of TSE’s success as the industry’s leading publication and community hub for top executives in the trade show industry.”

Prior to joining the TSE team in 2016 as managing editor, Weiss oversaw the creation of content and communication strategies for TSE’s parent company, United Service Companies. She successfully led efforts to brand United’s security group, which included message development; creating sales and marketing materials; designing webinars; and producing and directing a promotional film. She also led the relaunch of the company’s social media platform.

In her early career, Weiss worked for prominent public affairs agencies and as a freelance journalist in Chicago where she was named a finalist for the noted Lisagor Award for her community reporting. She holds a bachelor’s degree in public relations from Roosevelt University, where she also studied journalism.