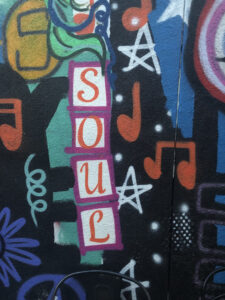 ATLANTIC CITY – Bright lights dance on the casino resorts dotting The Boardwalk and Marina District in Atlantic City, day and night. Celebrity-chef restaurants, A-list entertainment and a sprawling white sand beach are all here, as is a focus on regenerative tourism and sustainability.

TSE got a first-hand look at many of the initiatives in place last month during a tour led by Meet AC, Atlantic City’s Convention & Visitor’s Bureau. A futuristic vibe awaits on the roof of the LEED Gold and GBAC STAR-certified Atlantic City Convention Center. Gleaming in the sun on the roof is the largest single roof-mounted solar array in the United States, consisting of 13,000 individual panels sprawling across 290,000 square feet.

Meet AC President and CEO Larry Sieg and Vice President of Sales Sandi Harvey led us on the tour of the convention center that is bustling once again.

Our group was housed in Harrah’s Resort Atlantic City in the Marina District with sweeping views of five towering 380-foot-tall wind turbines spinning in the distance. We had a chance to see them up close as we toured the Jersey-Atlantic Wind Farms, which has achieved more than $6.1 million in energy costs savings while keeping 62,000-plus metric tons of CO2 from being released into the atmosphere since opening. It was fascinating to see how these towering structures work and how the energy helps power the onsite water treatment plant.

A colorful afternoon took us past several of the murals being painted on buildings throughout the destination with the help of Atlantic City Arts Foundation’s flagship 48 Blocks Atlantic City project. A solvable maze mural, a haunting depiction of the first Miss America, and Frida Kahlo’s face accompanying the quote, “Not fragile like a flower, fragile like a bomb,” are among the murals that can be found throughout the city.

Tanger Outlets Atlantic City was abuzz with the launch of an urban beekeeping program. In partnership with Alvéole, a social beekeeping company, a honeybee colony has been installed on the center’s rooftop. This is the latest extension of Tanger Outlets’ commitment to environmental responsibility and highlights the importance of building back biodiversity within communities. Resident beekeeper Allison Gratton offers hands-on, interactive experiences to get shoppers sweet on honeybees. 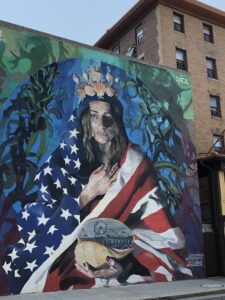 Pat Fasano, the developer who helped bring energy back to Asbury Park’s downtown, hopes to do the same in Atlantic City. His Cajun restaurant, Bourré, is a hotspot and now features shipping containers that serve as an outdoor bar and stage for live music.

Bunches of dried goldenrod, pear tree and cedar hang from the ceiling in The Seed, a Living Beer Project, an Atlantic City brewery taproom. “We are very agriculturally driven,” said Sean Towers, who created and owns The Seed with his wife, Amanda Cardinali. “We are living, breathing, evolving, changing. The art and creativity value of beer is what we are passionate about.” This commitment is one of the reasons The Seed was named the best new brewery in the United States by USA Today.

When it comes to conferences, it doesn’t get more impressive than the $125.8 million Waterfront Conference Center at Harrah’s Resort Atlantic City. The center is attached to Harrah’s, which has 2,590 guestrooms and suites in Atlantic City’s Marina District.

Cotton candy-topped cupcakes, root beer floats and bags of iconic saltwater taffy were featured at a dessert reception — held at The Loft at The Harrah’s Pool and hosted by Caesars Meetings — that was impressive at every turn. 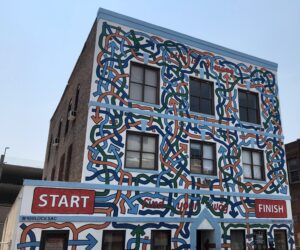 Witnessing the passion of this historic seaside trade show-ready destination was awe-inspiring. The $525 million revitalization already underway is turning many a head, and more is to come.