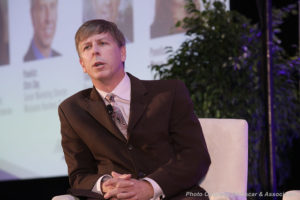 ATLANTIC CITY, N.J. – A look at some of the strategies that got this year’s class of Fastest 50 shows to where they are is among the highlights of the educational agenda for the upcoming June 18-20 Trade Show Executive (TSE) Awards & Summit.

“The Fastest 50 Summit agenda has been curated for the leaders of high performing, high growth shows,” said Gabrielle Weiss, TSE Publisher and Editor. “From peer-to-peer led discussions to bringing impactful strategies to the stage, the ideas presented are also meant for any organizer to take home and apply them to their shows.”

The Summit portion of the event takes place June 19 and sets the stage for the high point of the week, the Grand Awards Gala and the presentations to the top Fastest 50 and NEXT 50 shows of 2018. See the full agenda here.

Leading at Mach 2: The Summit takes off at supersonic speed with former Air Force fighter pilot Anthony “AB” Bourke at the controls for the keynote. After a stellar career flying high-performance war planes, Bourke brought his military experience and skills to the civilian world as the founder of two management consulting firms. His discussion focuses on leading at Mach 2 and zeros in on tactics used by flight command that executives can bring to their home base to make certain that definitive project goals are set and met. 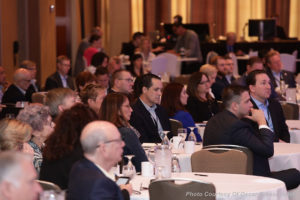 Growth Strategies: Bringing the magazine to life on the Fastest 50 stage, TSE’s Editor-at-Large Danica Tormohlen will moderate a peer-led discussion, on growth strategies. The format is based on our annual look at strategies from the top companies in the industry. This panel features three of the show managers behind the high-flying metrics that qualified their events for the Fastest 50.
Growth Strategies will feature insights from:

Leading with Emotional Intelligence: Artificial intelligence is all the rage due to its capability crunch numbers in a flash. But trade shows remain a “people” business, which means leadership requires more than big data. Former UBM Senior Vice President of Organizational Development Angela Scalpello, now an independent executive coach out of New York, presents her industry-focused take on “Emotional Intelligence,” an intangible management skill that can be a key to building effective teams and reaching both strategic and personal objectives. 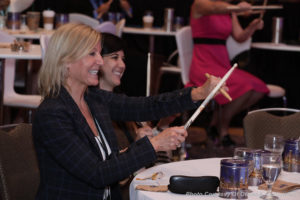 Sponsorships 2.0: In the marketing world, there are an endless supply of new ideas and technical capabilities that spark changes in the way sponsors partner with trade shows. ReedPop Vice President Larry Settembrini has been organizers leading the way in the evolving needs of those critical sponsorship partners and how teamwork can create unforgettable and productive trade show experiences.

Ready for Relaunch: Liz Crawford recently led the RV Industry Association (RVIA) through a bold and smashingly successful rebranding and relaunch of its flagship trade show. Crawford, whose resume also includes stops at Emerald Exhibitions, UBM/Advanstar and Questex, briefs the audience on how the venerable Gold 100 show shuttered its doors for a year and was reborn as RVX: The RV Experience. READ more in TSE’s exclusive with Liz Crawford here and LEARN more about Liz in her TSE Power Lunch feature from 2015 here.

The TSE Fastest 50 Awards & Summit at Harrah’s Resort Atlantic City will shine a well-deserved spotlight on the shows with the highest percentage of growth on the year in the categories of exhibit space, exhibitors and attendance. Also, being honored are the NEXT 50, the shows that were hot on the heels of the Fastest 50 pacesetters.

Registration is open at www.tsefastest50.com.