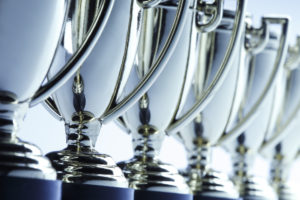 CHICAGO — The work that goes on behind the scenes at Trade Show Executive, both online and in creating the print magazine, has won multiple honors from our journalist peers at ASBPE (American Society of Business Publication Editors).

In the 2020 Azbee Awards of Excellence competition, more than 1,000 entries were received and more than 75 experienced B2B editors and designers judged the 63 categories of entries. TSE won the regional honors in the highly competitive Upper Midwest Region.

Original Research: Up & Up: 2019 Benchmarks & Trends in Exhibit & Sponsorship Sales, Danica Tormohlen, Editor-at-Large—This April 2019 research study by Freeman in conjunction with Trade Show Executive and Lippman Connects showed an upward trajectory in 2019, with both exhibit and sponsorship sales on the rise. Read it here: https://bit.ly/3dbUMuC

Case Study: IMEX America Collaborates With Sands, GES to Deliver Green Solutions, Danica Tormohlen, Editor-at-Large—This article in the April 2019 issue reported on green initiatives by IMEX Group COO Nalan Emre and their partners GES and Las Vegas Sands and their efforts from replacing all of the aisle carpeting and vinyl show and sponsorship signage with 100% recyclable materials to creating “Water Wise Wednesday,” which offered food items that minimize water use. Read the article here: https://bit.ly/2YJUp5p

TSE is also up for the coveted Azbee Overall Excellence Award in the Cross-Platform Package of the Year award for its work on the feature: Twenty Years of Trade Show Executive. Here, organization’s overarching initiative to “meet readers where they are at” began with their 20th anniversary story. TSE augmented its print story with its inaugural TSE Talks podcast and expanded the content on the website and through its social media channels.

“Our mission is to deliver thought-provoking content that helps inform our readership, and this talented team continues to deliver,” said TSE Vice President and Editor-in-Chief, Gabrielle Weiss. “We are all thankful to be recognized by our esteemed peers at ASBPE in this way—it is certainly is a bright spot as we navigate these difficult times.”